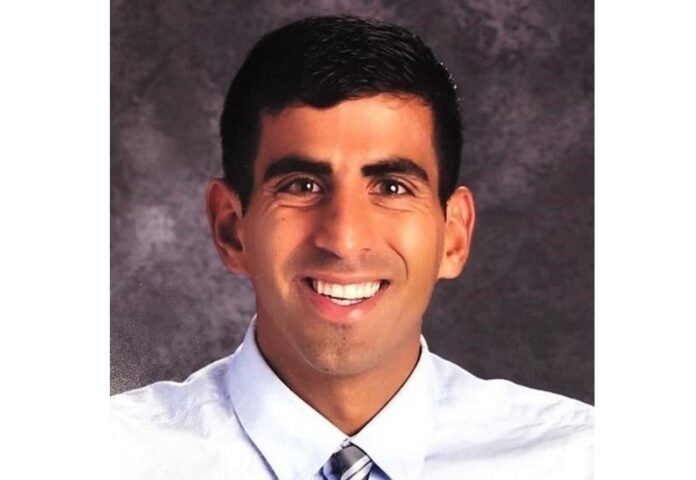 Dr. Ryan Marzen, now in his second year as the principal at the Perry Elementary School (PES), was heartily congratulated Tuesday by the school district leadership upon his recent completion of a Doctorate in Education Degree from Drake University.

As the final component of the program, Dr. Marzen successfully presented and defended his dissertation, entitled “Disproportionality in Race for Minority Teachers in a Fly-Over State: The Lived Experiences of Minority Teachers in Metropolitan Areas in a Predominantly White State.”

Drake’s Ed.D. in Leadership program is a three-year study of leadership, theory, ethics, technology evaluation and research methodologies. Dr. Marzen satisfied the rigorous requirements for his doctoral degree at Drake while working full time at the PES, where he is responsible for a more than 900 students in grades pre-kindergarten through fifth grade and a staff of 100 team members.

The Iowa Department of Education recently released the annual Statewide Assessment of Student Progress test scores, and Perry Elementary School was identified as a “High Performing School” under Dr. Marzen’s solid leadership. The state tests focus on math, science and English language arts and are given to students in third through eighth grades as well as those in 10th and 11th grades.

Working in collaboration with the previous PES principal, Ned Menke, Dr. Marzen led the elementary school in 2019 to state recognition for its successful Computer Science is Elementary (CSiE) program. The program was an initiative of the PES, the Iowa STEM Advisory Council and the Iowa Department of Education and aimed to transform elementary schools into models of innovative computer science instruction.

More recently, Dr. Marzen received notification that his application for the Computer Science Professional Development Incentive Fund was approved by the Iowa Department of Education.

Prior to his advancement to PES principal, Dr. Marzen held the positions of assistant elementary principal and served as the Perry High School Head Cross Country Coach and the PHS Head Boys Track and Field Coach.

The PCSD leadership was unanimous in its congratulations and commendation of Dr. Marzen.

“Dr. Marzen is a remarkable educator with a vision and plan to successfully guide students and staff in becoming the best version of themselves and in the process creating the best version of our school community,” Lipovac said. “He is a master at building positive, meaningful relationships with students, staff, colleagues, parents and community partners. His leadership is transformational.”

Heart attacks in women more often fatal than in men