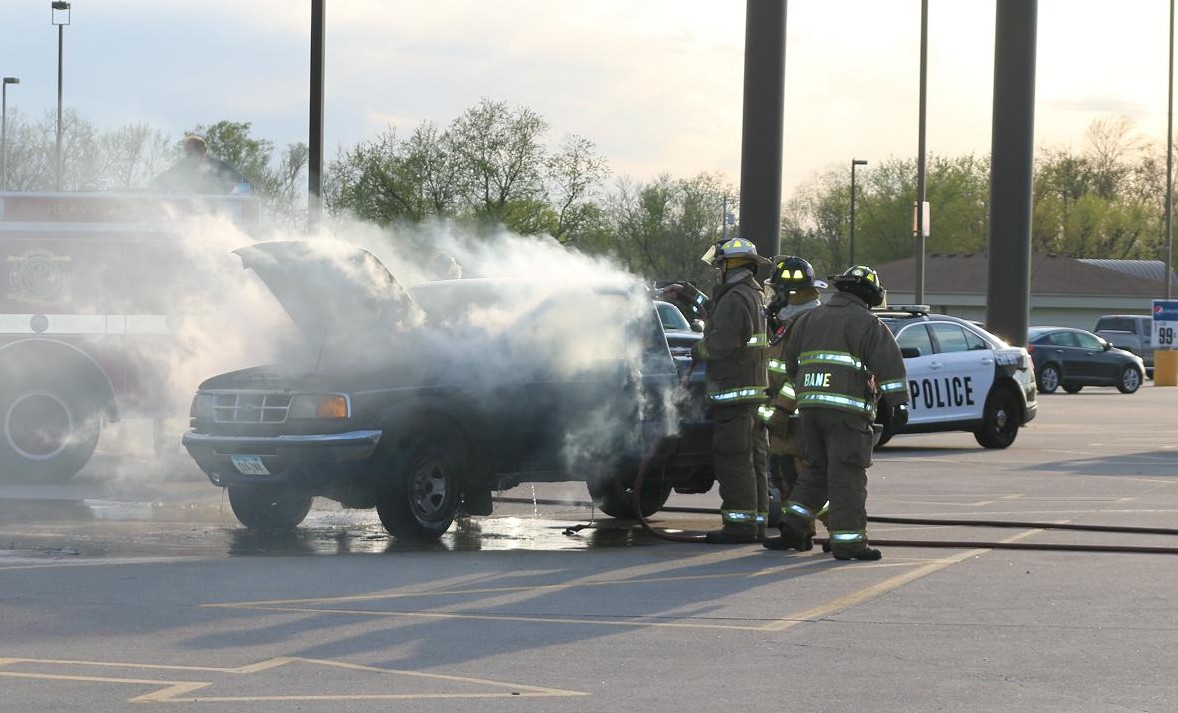 The Perry Volunteer Fire Department was called to the Shopko/Hy-Vee parking lot in the early evening hours of Tuesday in response to multiple calls of a small truck on fire.

The vehicle, a 1994 Ford Ranger, is registered to Justin Detlefsen of Des Moines.

Hinds said he was informed Detlefsen had been traveling toward Des Moines on Highway 141 when he experienced mechanical trouble, forcing him to park the truck in the lot just inside the exit onto the highway.

A friend arrived and took Detlefsen to Des Moines; as a consequence he was not on the scene when several citizens phoned 911 to report the vehicle smoking heavily from the engine compartment.

According to a Perry Police Department report, Jose Perez, 57, of 624 Third St. in Perry, later came to the police station and said he owned the truck. He was advised how to go about having the vehicle towed.

Despite the fire — which was quickly extinguished — being contained to the engine compartment, the vehicle was considered a total loss.