“Alliant Energy has been a strong supporter of Habitat for Humanity for a long time,” Adams said. “They do wonderful things for the community, and we are proud to be a partner in their good work.”

Along with building new housing units, Habitat for Humanity partners with the Dallas County Local Housing Trust Fund (DCLHTF) for projects to repair and refurbish existing houses. Padilla joined DCLHTF Director Christine Gordon and DCLHTF board member Matt McDevitt on Dec. 2 to present an update to the Perry City Council on the Owner-Occupied Rehabilitation Program.

The DCLHTF asks for an annual per capita contribution of $1 from participating agencies, such as the city of Perry, and those funds are matched four-to-one by the Iowa Finance Authority. They provide and expand safe and affordable housing repairs to low income residents of Dallas County.

Gordon explained some features of the rahab program. To qualify for assistance, a homeowner must meet certain guidelines, she said. Private contractors are used for the repairs, which can run as high as $10,000 per home and are paid by the DCLHTF.

Padilla provided the council members with a report on the financial impact of Habitat’s partnership with the DCLHTF, including the increasing number of families served, how the projects are distributed yearly in Dallas County and the number of projects completed in Perry.

Matt McDevitt, Perry’s representative on the Housing Trust Board, also reported that since 2006 the city of Perry has supported 46 projects and invested $46,057, with a total dollar value of the projects at $405,166. 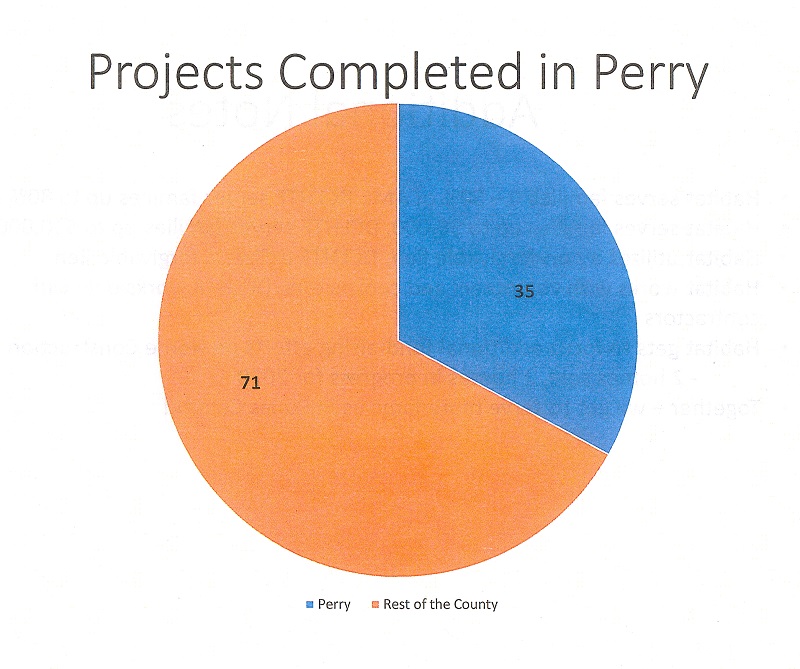 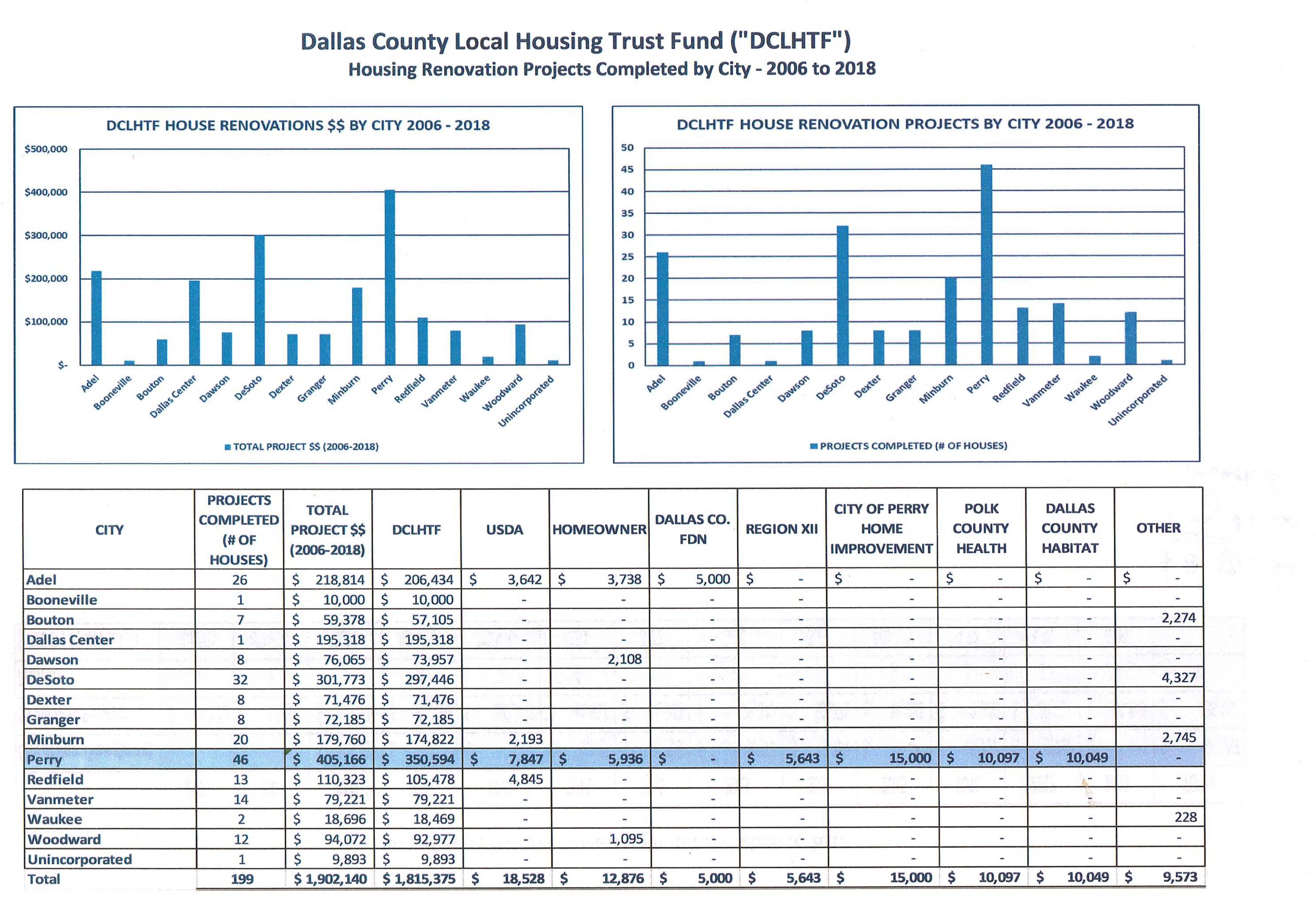 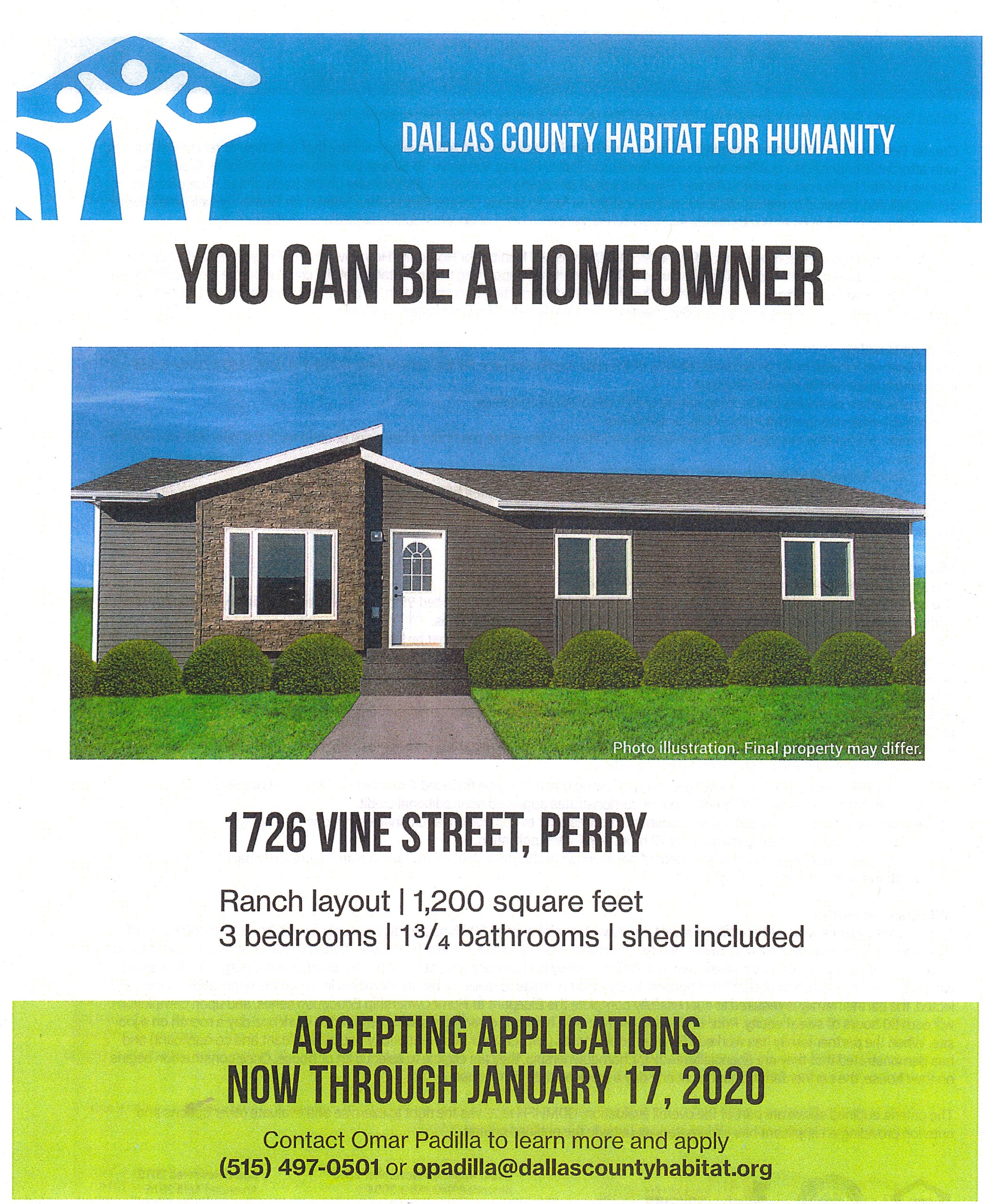