A Perry man was arrested early Thursday after allegedly manhandling a woman during an argument and then preventing her calling the police.

Steven Michael Hoyle, 37, of 1708 First Ave., Perry, was arrested on charges of serious assault and obstruction of emergency communications after an incident at an apartment at 913 Willis Ave.

“He went to the residence of a female and got into an argument,” said Perry Police Chief Eric Vaughn. “He grabbed her and pushed her out of the way and then when she tried to call for assistance, I think he threw her phone or took it away from her.”

Hoyle is registered on the Iowa Sex Offender’s Registry in connection with a 2002 conviction in Greene County on two counts of lascivious acts with a female child aged 13 or younger. 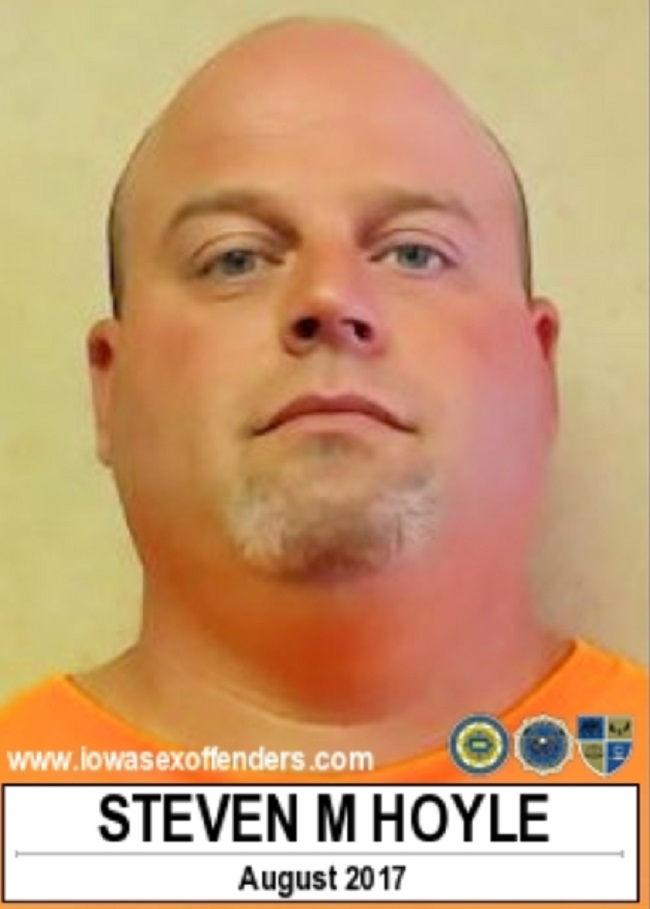