Keegan Kautzky of Perry was among the hundreds of private citizens who joined in painting the two-block-long mural on the street leading the White House with the words, “Black Lives Matter.”

Bowser’s largely symbolic act was interpreted by many as a rebuke to U.S. President Donald Trump. On Saturday Black Lives Matter organizers in D.C. painted the words, “Defund the Police,” in front of the White House.

Kautzky, a 2000 graduate of Perry High School who now directs global programs and partnerships for the World Food Prize, has also joined the peaceful protesters in recent efforts to oppose police brutality and racism, a movement best known as Black Lives Matter.

Kautzky shared this message about his experiences painting the plaza and standing against racism in the U.S.:

This isn’t just paint on pavement. It’s a peaceful protest. It’s a political statement. It’s people of color reclaiming their power. It’s a public reminder from the people to our president — and all politicians elected to represent us — that racism is not a reality we are willing to accept any longer.

And it isn’t a solution. It’s symbolic. It’s one small act. And it’s only as important as the actions it inspires, the efforts it empowers and the equality it ultimately achieves!

I didn’t plan to pick up a paintbrush yesterday or to help paint these words in front of the White House. And that’s part of my privilege. I’m a white male in a society that values and elevates my whiteness and my maleness. I can choose to be passive in the face of injustice, and pass by the prejudice affecting the people around me. Or I can choose to be present and part of the solution. That isn’t an option for my black brothers, Josh and Brahm, my black friends, my black colleagues, my black mentors, my black students, my black neighbors or any black person in America who experiences discrimination every day.

I am proud of, and grateful for, the leadership of D.C.’s Mayor Muriel Bowser and the city officials who planned this action; the incredible effort of the black artists and community organizers who mobilized to make it happen; the city’s municipal workers and staff who cleared the streets, created a safe space and started the painting; and the citizens of the district who showed up to help finish the job.

But the work is not ending, it is only beginning. Speak up. Show up. Take action (whenever and however you can) to advance equality!

BLACK LIVES MATTER! They aren’t just words. They are lives. They are people – millions of people. And they matter. 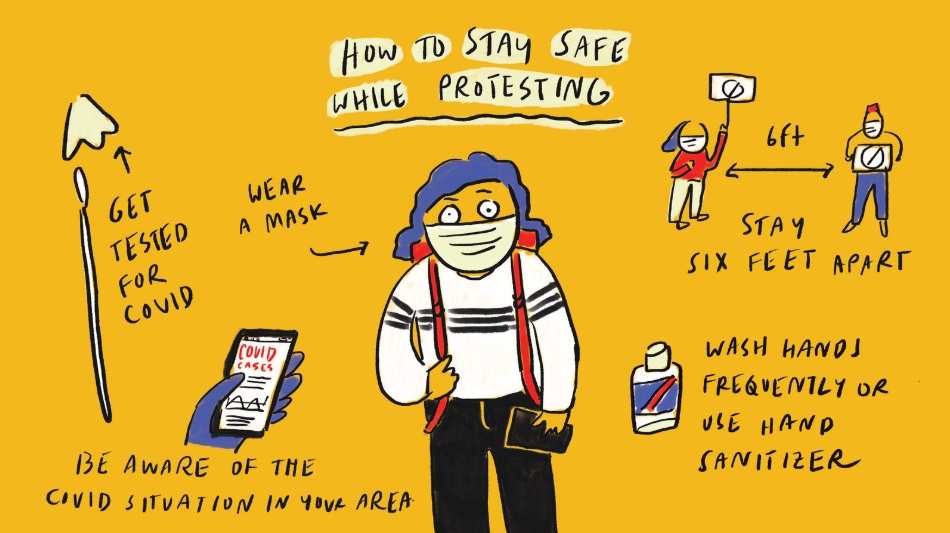 Dark-eyed juncos return with the snows