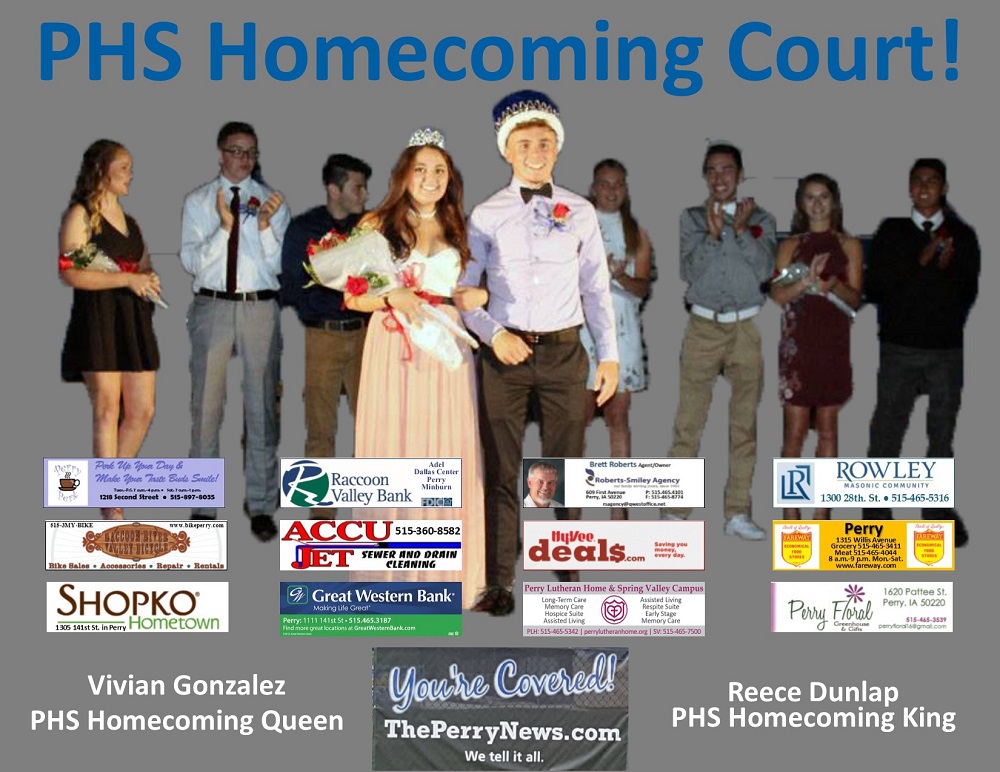 Miss Vivian Gonzalez and Mr. Reece Dunlap were chosen by their schoolmates to reign as 2017 Homecoming Queen and King for Perry High School.

The pair were revealed during a coronation ceremony/pep rally Thursday at the PHS gym. Dunlap was crowned by 2016 king Nic Fellom and Gonzalez by 2016 queen Brooke Huntington, both of who returned from college to perform the traditional duty.

The Perry Blue Brigade provided music, the cheerleaders performed a dance routine and led cheers and entertainment by the PULSE Dance Team were among the various activities in the gym.

Students and members of the public joined the HoCo royalty, Blue Brigade and cheerleaders in walking over to the Perry Athletic Complex for a bonfire, supervised by the Perry Volunteer Fire Department.

Perry hosts No. 5 DC-G tonight at Dewey Field, with the frosh/soph game starting at 4:45 p.m. with the varsity game to follow. The HoCo dance will be held from 10 p.m. until 1 a.m. after the game in the PHS Commons.