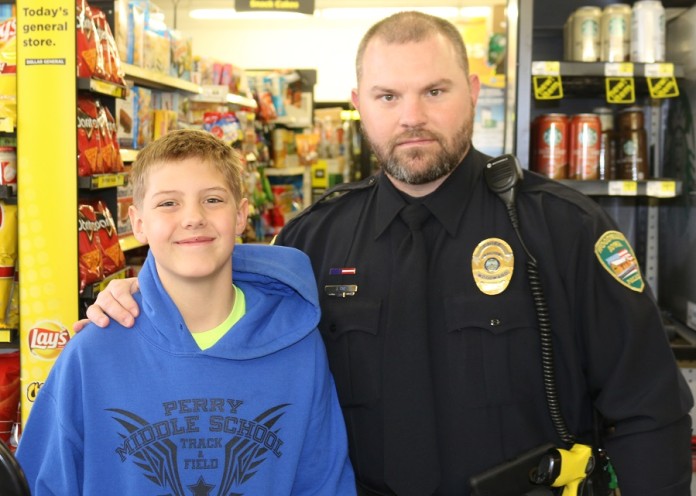 Officers of the Perry Police Department got lots of help from officers of the Woodward, West Des Moines, Nevada and other departments Saturday morning as they deployed their numbers at four Perry retail stores for the annual Shop with a Cop program.

Perry Police Det. Jerome Hill, who organized the 2015 event, described Shop with a Cop as a unique program in which Perry Police Officers share Christmas with children and families in Perry who are in need.

“Officers and kids spend time together, one on one, in an unforgettable holiday shopping experience,” Hill said. “This is one way the Perry Police officers make a positive contribution to the community.”

An official account of the number of dollars raised and number of children taken shopping has not been released, but indications were a good time was had by all.