Jim Walstrom of Perry, a longtime community leader and tireless booster of local commerce and culture, will be honored as the newest addition to the Soumas Court Perry Wall of Witnesses Wednesday, Sept. 27 at 5 p.m. at an unveiling ceremony at the Towncraft Building at 1124 Willis Ave.

According to a statement released Thursday by the Perry Historic Preservation Commission, three criteria for Wall of Witnesses honorees are “having a tie to Perry, having an impact on the area and having an interesting story. Jim Walstrom, in his friendly, calm manner, has met all of these criteria and more.”

Walstrom has a long and storied history in Perry, having served as the city recreation coordinator and later as the Perry Chamber of Commerce executive director. In more recent years, Walstrom has been less an object of the public glare but no less influential as an advisor to the Stine Seed Co.

Walstrom was a founder in 1977 of the BRR Bike Ride to Rippey, the second-oldest annual bike ride in Iowa. 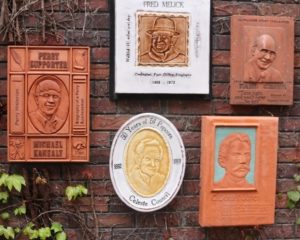 The Wall of Witnesses is an ongoing collaboration between Hometown Heritage and the Perry Historic Preservation Commission, with the commission choosing the recipients. Walstrom will be the second living figure honored with his likeness of the Wall of Witnesses.

“There were 51 very good nominations reviewed by Perry Historic Preservation Commission members,” said Commission President Jeanette Peddicord. “”We wish to thank each of you who participated in this project. Once again, we are keeping the nomination applications received this year to add to the application we receive next year.”

According to the commission’s call for nominations, “The Wall of Witnesses recognizes those who have gone before us and stand as witnesses to our care of the community and those who set the course both in the present and in the future.” 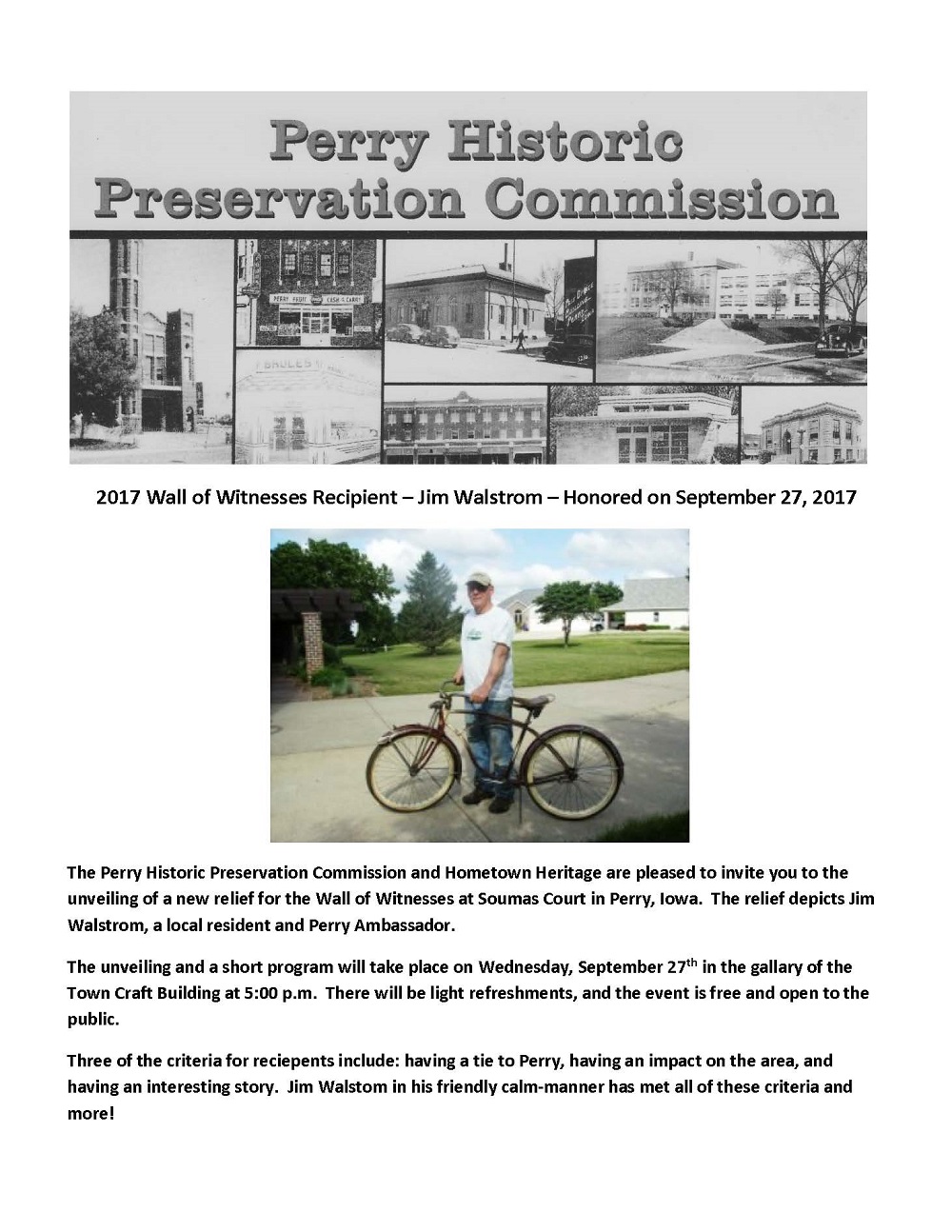