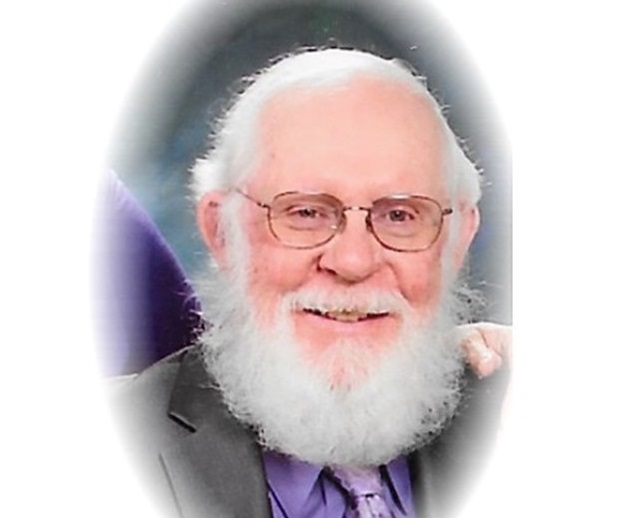 Philip Dale Roberts, son of Dale Theodore and Verna Leone (Andrews) Roberts, was born April 28, 1939, at home in Union Township, Boone County, Iowa, and passed away surrounded by family Oct. 28, 2021, in Perry, Iowa, at the Eden Acres Campus of the Perry Lutheran Homes at the age of 82 of pulmonary fibrosis.

At a very early age, Philip would follow his dad around asking, “What are you going to do now, Dad?” Like many farm kids, he had chores at an early age, including driving the tractor at age 5 while his dad picked up hay bales. Although it was often hard work, he had good memories of his life growing up on a farm. The family would later move to a farm a half-mile away, where Phil lived nearly all his life.

Phil attended Rippey Consolidated School until he graduated in 1957. He sang baritone and participated in choir throughout his high school years. Music continued to be a very important part of his life.

His classmates remained good friends throughout his life with many reunions, and they enjoyed reminiscing about the many shenanigans that they got into. Yet all those years later, while retelling stories to his children and grandchildren, he remained loyal and refused to “snitch” on his friends.

Phil enlisted in the U.S. Army National Guard in Perry during his senior year. He served nine years and was honorably discharged in June 1967.

Following graduation and a short stint working in Des Moines, he achieved his lifelong dream of returning to Rippey to farm with his dad until Dale’s health forced him to retire. Phil continued to farm for the next 40+ years.

One December night in 1962, he attended a party with some friends where he met Toni Averill, the girl who would later become his wife when she sat on his lap. Philip and Toni were married Aug. 16, 1964, and lived on the same acreage as his parents in a mobile home. They were the parents of four children, Christopher, Lori, Matthew and Wendolyn.

Later, when Dale and Verna retired to Perry, Philip and Toni moved into the new farm home his parents had built. As the kids grew up, he taught them to drive, how to care for livestock, how to milk goats, how to drive tractors and do field work, such as discing.

As a family, they enjoyed camping together and went on numerous family vacations. In 1970 Phil and two friends built and took turns driving a stock car on surrounding race tracks. He later attended races at the Kansas Speedway to cheer on his favorite driver, Jeff Gordon. One of his favorite moments there was doing a “Ride Along.”

Another favorite hobby was bowling, and he was a member of three separate leagues in his early adulthood.

Phil loved animals. He had several beloved pets, including his favorite, a blue heeler, Calamity, who followed him everywhere, and the many orphan kittens he rescued that became indoor pets.

He worked hard at raising sheep, enhancing the breeding stock each year. He thoroughly enjoyed watching all of his children show sheep at the county and state level but watched with particular pride when Wendy won Grand Champion Market Lamb at the Greene County Fair in 1993, showing the fruits of the family’s labor over the years.

Phil was a lifetime member of the Rippey United Methodist church. He and Toni sang in the church choir for 50+ years and were charter members of Margaret’s adult Sunday School class.

Phil attended his children’s and many grandchildren’s activities. Phil and Toni really enjoyed attending Hawkeye football games while watching Wendy play in the Iowa Marching Band, including traveling to two bowl games. He was so proud when Wendy graduated from Iowa and later when his granddaughter Lindsay did also.

In 1999 Phil retired from farming, bought his own semi, and became an over-the-road truck driver for Smithway. Toni accompanied him, and together they traveled to more than 20 states, hauling many different loads. They always tried to be home during the weekends so he could still sing tenor in the church choir.

Phil was a listener. He often said, “You don’t learn anything if you’re always talking.” He was often quiet but always kind and supportive, with a dry sense of humor. He enjoyed his many friends in Lion’s Club and the “Tuesday coffee group.”

He also made the best potato soup, which won the library soup contest, and was known for his Thanksgiving mashed potatoes, which he traditionally made with Lori each year.