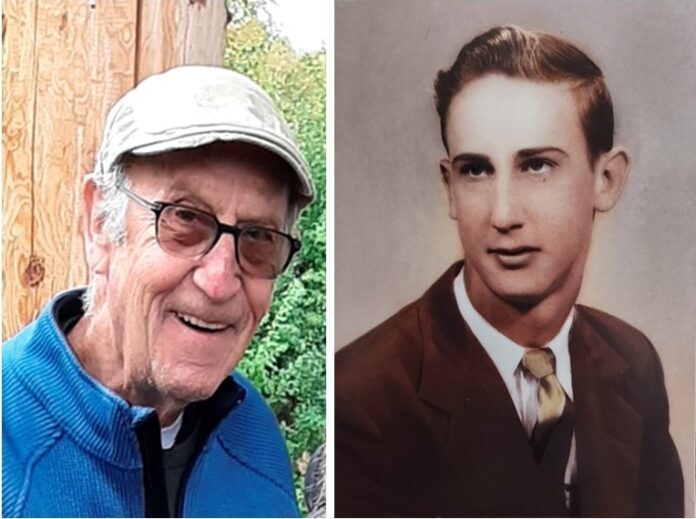 He was born Dec. 8, 1938, in Washington township, Dallas County, Iowa, to J. Wayne Book and Mary (Kautzky) Book, the seventh of eight children.

Philip graduated from high school with the class of 1956, having received his complete first-through-12th grade education at the Washington Township Consolidated School near Minburn, Iowa. Post-graduation he attended courses in Perry for mechanical training.

After completing his education, Philip began his career as a millwright working for Todd & Sargent of Ames, Iowa. In 1970, he established his own business, Elevator Mill Construction Inc., which he successfully operated for almost 50 years, retiring in 2019 to care for his wife, Sharon, in their home.

On March 5, 1960, Philip was married to Sharon Kinney, daughter of Richard Kinney and Wilda (Springer) Kinney of Perry. They were wed at St. Patrick’s Catholic Church in Perry.

During their early married years, they moved several times, resulting in their living in Perry, Dallas Center, Sabula and Minburn. They eventually settled in Iowa Falls, where they remained.

Philip and Sharon had three children, Michael, Mary and Jennifer. The couple celebrated 50 years of marriage in 2010 and missed their 60th by only a few months.

Phil, known by some as “Jake,” was a hard worker his entire life and was very much a self-made man.

He loved spending time with his children, grandchildren and great grandchildren, always making fun times and memories for them. He taught them many things and involved them in activities, such as riding motorcycles and snowmobiles, operating riding lawn mowers, playing indoor and outdoor games, providing a trampoline, air hockey table, pool table, ping pong table and many others.

Philip loved to play cards, a family favorite being 10-point pitch, a game enjoyed by him and his children, grandchildren, sisters, brothers, parents, cousins, and in-laws.

He was an avid gardener and gave away much of what he produced.

He was a lifelong country music fan and especially enjoyed the classics of the ’50s and ’60s.

Philip was never far away from his favorite drink, Sundrop, and there was usually a bottle nearby.

He was dearly loved by his family and was a friend to all. Phil was also a late-in-life foster child, having been adopted by his pet cat and faithful companion, “Goofy.”

Philip is survived by his children, Michael Book and wife, Lisa, of Grimes, Mary Richardson and husband, Joe, of Bettendorf and Jennifer Book of Jasper, Tennessee; grandchildren, Joseph Richardson and wife, Kendra, of Ankeny and Diana Richardson of Bettendorf; great-grandchildren, James and Arthur Richardson of Ankeny; sisters, Marie Vranich of West Des Moines and Rita Reves of Adel; brothers, Larry Book of Panora and David (Kathy) Book of Minburn; sister-in-law, Alice Book of Chariton, Iowa; in-laws, Rodney and Carol Dixon of Eagan, Minnesota, and Kathy Leonard of Marion, Iowa; and many nieces and nephews.

A visitation for Philip will be held at Woodley Funeral Home, 516 S. Oak St. in Iowa Falls on Thursday, Nov. 17 from 4-6 p.m. An additional visitation will be held at Carris Family Funeral and Cremation Care, 1721 Park St. in Perry on Nov. 18 beginning at 9:30 a.m. and  followed by a service at 11 a.m. Interment will be at the Violet Hill Cemetery following the service. After burial, the family invites everyone back to the funeral home for a light luncheon.

In lieu of flowers, donations can be made to the Alzheimer’s Association of Iowa or the St. Jude’s Children’s Research Hospital.