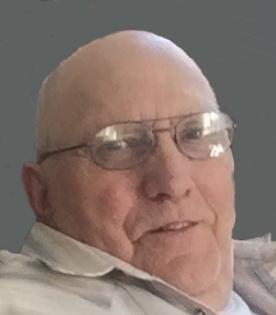 Mass of the Christian Burial will be 1 p.m. Wednesday, Dec. 23 at St. Patrick Catholic Church for Phillip Schulte, 74, of Perry, Iowa.

Visitation will be held Tuesday, Dec. 22 at 1 p.m., with the family receiving friends from 5-7 p.m. at Murdock Funeral Home.

He married Patricia Becker June 1, 1962, at Our Lady of Good Counsel Catholic Church in Fonda, Iowa.

Moving from Sac City to Perry, also in 1962, he worked for Oscar Meyer for 27 years and for Hy-Line for 14 years before his retirement.

Phil was an avid hunter and was co-owner of Schulte’s English Kennels, specializing in red and blue tick coon dogs, for many years.

Once Phil moved into town, he became a member of the Purple Martin Conservation Association. Many of his neighbors enjoyed his martin houses, which attracted many of the birds every year.

Phil was also a member of the Perry Elks Club, and he enjoyed playing cards and having coffee with his friends at Burger King in the morning and Peters Service Center in the afternoons.

Preceding Phil in death were his parents; wife, Pat, in 2012; one brother, Louis Schulte; and one sister, Donna Mae Neumann.

Memorials in his name will be directed to Gentiva Hospice or Blank Children’s Hospital and may be left or sent to the funeral home. Online condolences may be left at murdockfuneralhome.net.