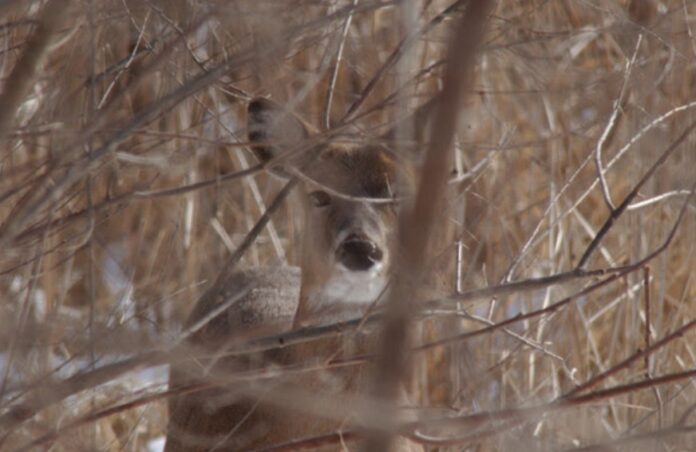 POLK CITY, Iowa — Two Polk County minors have been cited for intentionally hitting and killing a buck deer with their pickup truck in Big Creek State Park on the evening of Nov. 11.

Jeff Poen, a state park ranger with the Iowa Department of Natural Resources (DNR) at Big Creek State Park, was contacted by the Polk City Police Department about an accident by the beach parking lot, where a pickup truck struck a tree after swerving unsuccessfully to avoid hitting a deer.

After visiting the scene and reviewing the police report, Poen felt that the evidence contradicted the original statement. He then reached out for help from an Iowa State Patrol investigator expert in technical collision investigations.

The investigator visited the site, reviewed the evidence and came to the same conclusion as Poen. He estimated the 1992 Ford pickup was traveling between 50-55 mph when it struck the deer, well above the 35 mph speed limit posted throughout the park.

When Poen confronted the youths, they confessed.

The driver was charged with careless driving, driving on the wrong side of the road, prohibited destructive acts, hunting on a game refuge, illegal taking of deer and no deer license or tag.

Fines for the offenses totaled more $900, and he will remain on his intermittent driver’s license until age 18. The passenger was charged with hunting on a game refuge and restriction on taking game. The fines totaled nearly $350.

Both minors will lose their hunting and fishing privileges for a year and may be facing liquidated damages of up to $20,000.