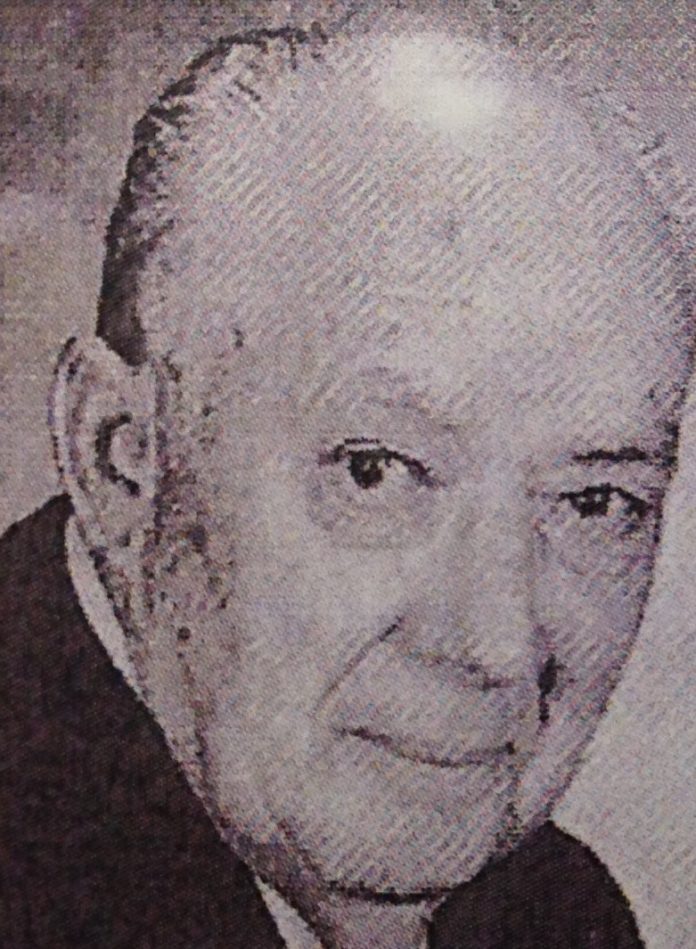 Ralph was a 1942 graduate of Grand Junction Consolidated High School.

On March 4, 1945, he was united in marriage to Virginia A. Aigotti in the Church of the Holy
Innocents in Brooklyn, N.Y. Ralph and Virginia spent all but the first months of their married life in Grand Junction, where they raised their three children, Lillian, Steven and Alan.

During his worklife, Ralph was a mechanic, volunteer fireman, school bus driver, truck driver,
lessee/operator of Ralph’s Mobil and custodian in both the East Greene Schools and the
Greene County Medical Center.

Over the years there were family car trips to New York, Chicago, the Dakotas and many other states, including Georgia and Colorado during son Steve’s radio days. In 1976, while daughter Lillian was living and teaching in Australia, Ralph and Virginia took a three-week
trip to visit her there.

When Ralph retired from the GCMC in 1986, he and Virginia traveled to the west coast and Arizona, sightseeing and visiting friends; they returned to Arizona several times for winter visits.

During his retirement, Ralph delivered Meals on Wheels, painted apartments for the GJ Senior Housing Corporation, collected the money from the laundries, acted as handyman, and assisted with lost keys, helped with the setup of weekly bingo nights for the Community Club and helped paint walls and stain woodwork and shelving when the GJ Community Library was built.

In his 60s he took up golf and enjoyed many years of golfing at The Hill with the infamous “Over the Hill” gang. Even more than playing the game, though, he loved collecting golf balls,
thousands of them, which he carefully cleaned and sorted before giving them to family and
friends or selling them to a dealer.

Even though he didn’t spend much time in the kitchen, he baked delicious chocolate chip cookies and made wonderful raisin bread in his bread machine.

Ralph is survived by his children, Lillian of Blue Earth, Minn., Steven (Jenny) of the Villages, Fla., and Alan in Grand Junction; his youngest sister, Evelyn Rose of Canyon, Texas; several nieces and nephews.

He was preceded in death by his parents; three brothers; two sisters; and his wife, Virginia.

Hastings Funeral Home in Jefferson is in charge of these arrangements. Graveside services and a memorial gathering will be held at a later date. Memorials may be made to Grand Junction Fire and Rescue, Grand Junction Swimming Pool Renovation Fund, Raccoon River Valley Bike Trail and Congregate Meals of Greene County.