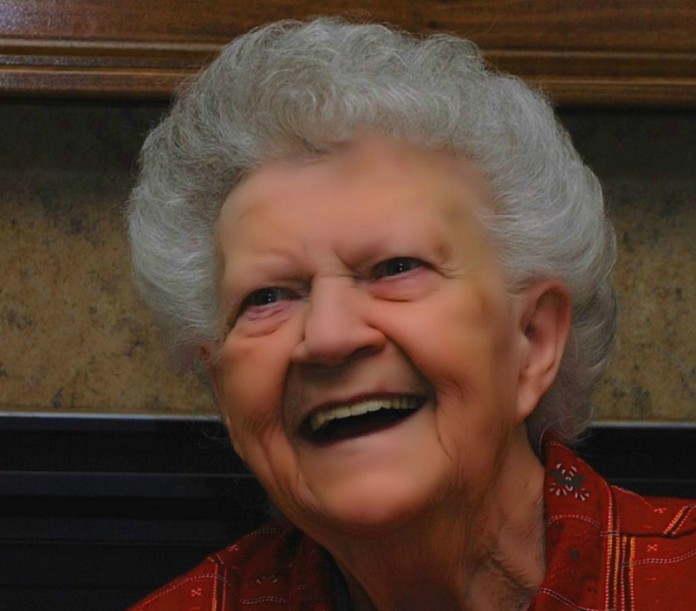 Ramona Fern Belden, 83, of Polk City went home to be with her Savior Thursday, March 10, 2016, at the Mercy Hospice House in Johnston.

Fern was born June 10, 1932, in Shannon County, Mo., to Otis Ray and Bessie Grace (Malone) Smotherman. She was the eldest of her four beloved sisters, who still remain her dearest friends.

Her family moved to Iowa when she was 5 years old, and she began her journey of life in Minburn.

Fern became a member of the Church of Christ Church in Minburn and discovered her love for singing gospel music.

In 1950 she graduated from Minburn High School. While attending there, she discovered her love for playing basketball, made many lifelong friendships and met the love of her life, Stanley Wayne Belden.

They were united in marriage on May 28, 1950. She devoted her life to her husband and raising their four children.

Fern was a gifted seamstress and often made clothes for her family. She looked forward to family game or movie night and singing hymns together around the piano with her family.
When the children were older, she began her career at Raccoon Valley Bank in Minburn.

During that season of life, Fern discovered a love for bowling and joined a winter women’s league. Stan shared Fern’s love for dancing together on the dance floor or in their living room and would often invite the children to participate.

She worked at the Bank for eight years, and then the couple moved to southern Iowa to work together in the farming industry for 10 years.

Fern loved to garden, raising many varieties of vegetables to can for winter meals. She enjoyed every minute of being outdoors.

During the winter, watching the Iowa State Cyclones or Iowa Hawks became a passion.

Fern and her husband longed to spend more time with their family and decided to move to Polk City to live closer to their children and siblings. Attending the grandchildren’s basketball games or watching her loved ones perform in the school choir or play in the band was important to her.

She enjoyed working at Farm Bureau for 11 years until she retired in 1997.

This season of life blessed them with a slower pace to do jigsaw or word puzzles, get to know her grandchildren while playing Rook or Skipbo or have a loving conversation with her family around the kitchen table.

She cherished sharing the holiday meals with her ever-growing family, including her parents, siblings, nieces and nephew and grandchildren.

Fern was preceded in death by her parents; husband of 62 years; and her sisters, Norma Withem and Shirley Larson.

Memorials may be given to Mercy Hospice in Johnston and may be left at the Funeral Home. Online condolences may be sent to www.carrisfuneralhome.com.