Watts began the meeting with a presentation on the budget process, including graphs of past spending. The six-term Republican representative from Adel even showed a graph explaining how funding for Iowa schools could increase if we allowed our representatives to decrease funding for water quality.

In the course of the wide-ranging discussion, Watts said the No Child Left Behind policy was a mistake and has led to teachers being more afraid of losing their jobs than worried about educating their students.

Watts, 72, said he is concerned about new teaching standards – especially for math and science – and he believes these new ways of teaching are not helpful for our students.

“If I had a magic wand, I would get rid of the Iowa Department of Education,” Watts said, “and I’d put the onus on you as local schools, principals and superintendents to fundamentally educate the kids.”

He also said he would like to get rid of the entire education system “from the federal level down to the state level and tell the school districts to educate the kids.”

Watts said he believes teachers currently do not have time to teach their students basic skills.

Mark Lane, director of human resources for the Urbandale Community School District, defended current methods by returning to the subject of next-generation teaching. He said other countries are changing their ways of teaching while also improving the overall education and test scores of their students.

Jen Sigrist, director of teaching and learning in the Van Meter Community School District, also noted that allowing students to engage with their studies in new ways, such as with
technology, involves a vastly different method from what most educators experienced when they were students in school.

Watts’ opponent in the November general election, Democrat Bryce Smith of Adel, said he wanted to attend the roundtable discussion with the public school workers but was excluded.

“It is really hard for our government to be as transparent as possible if our elected officials are holding closed-door roundtables that the public cannot access or participate in,” Smith said. “In my eyes, this is the opposite of what the 13 school districts, their students, staff and communities deserve here in House District 19.”

Near the end of the roundtable discussion, Watts opened up the floor to hear how the teachers and administrators believe their budget can be increased and by how much. At first the floor was silent, but after a minute it was constant discussion about how much each school could use.

By the end of the meeting, most of the educators decided they truly do need more support from the state of Iowa more than anything else, but they need budget extensions as well. The next question will just be how to make sure this funding happens for all Iowa educators. 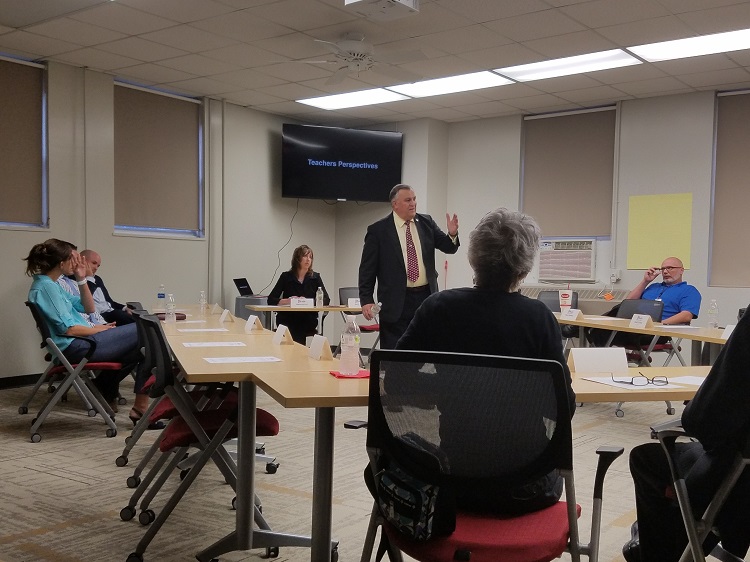 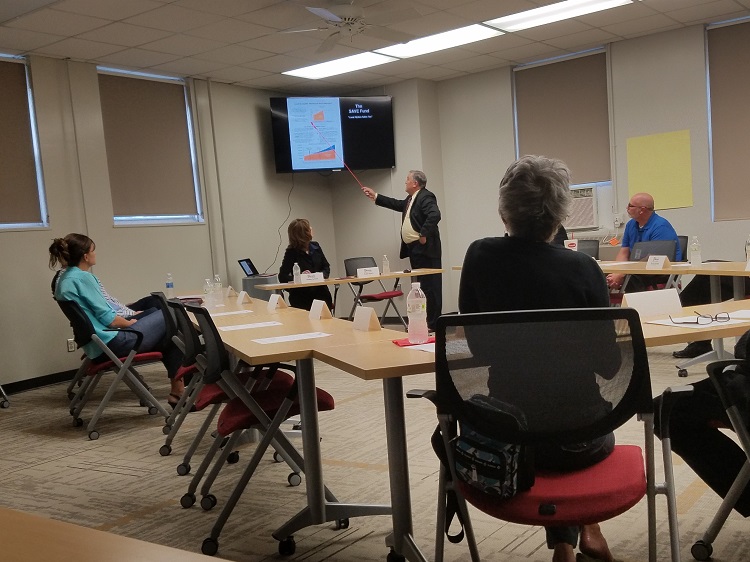