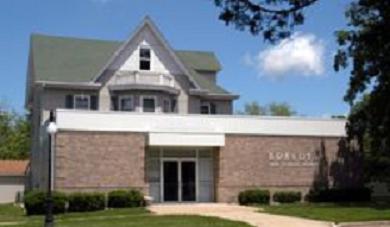 Reuben Meyers, 93, went to be with his Lord on Thursday, April 23, 2015.  Funeral services will be held 10 a.m. Monday, April 27 at Dunkard Brethren Church near Dallas Center with burial to follow at Brethren Cemetery.

Reuben was born on July 14, 1921, in Chambersburg, Penn., to Raymond and Edna (Rife) Meyers.  He married Ruth Eby on May 13, 1948, in Dallas Center, where they made their home, farmed, and raised their four children.

His life centered on serving his Lord, family, and church.  Reuben was a long-time member of the Old Order River Brethren Church, where he served as a minister.

The family will receive friends from 3–5 p.m. Sunday at Dunkard Brethren Church.  In lieu of flowers, contributions may be given to Spurgeon Manor in Reuben’s name.  Online condolences are welcomed at IlesCares.com.