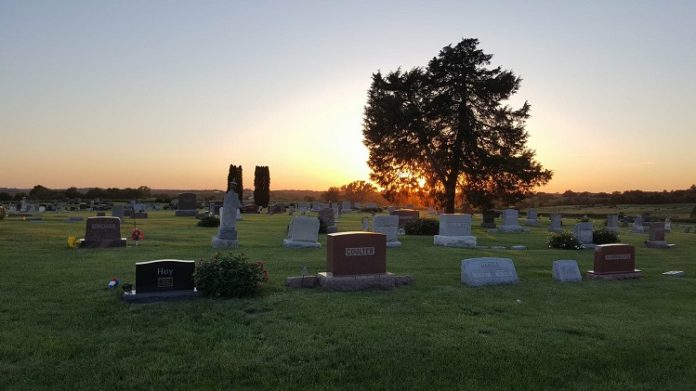 Richard Allen Dunnihoo, 98, passed away peacefully Monday, Dec. 23, 2019, at the Madrid Home in Madrid, Iowa, with his daughters by his side.

He and his family moved to Missouri during his high school years, where he graduated from Mound City High School.

Richard served during World War II from July 1942 to November 1945 as an aviation cadet in the U.S. Navy and the U.S. Army.

They moved to Iowa to attend college, with Richard earning a B.S. in agronomy and farm management from Iowa State University in 1950.

He and Elizabeth moved to Woodward for employment with the State of Iowa Woodward State Hospital and Schools, where Richard was farm manager, agronomist and vocational director.

They raised four daughters and spent 33 happy years together in Woodward. Elizabeth passed away Oct. 4, 1977, in an automobile accident.

Richard married Bonnie (Dissinger) Dunnihoo May 25, 1984, in Woodward. They celebrated their 35th anniversary in May 2019.

Richard’s life was defined by his love for his family, his friends and his community. He was a member of Woodward United Methodist Church, serving in many ways, including committee chairs, lay leader and trustee.

He belonged to the Masons, Eastern Star and American Legion.

Richard enjoyed golf, was an avid bridge and cribbage player and loved acting in live theater at the Bittersweet Theater in Woodward.

His sense of humor and fun was always with him, waiting for just the right moment for expression.

A memorial service will be held Saturday, Jan. 4 at 1:30 p.m. at the Woodward United Methodist Church, 108 W. Fifth St. in Woodward.

In lieu of flowers, memorial donations may be made to the Woodward United Methodist Church or to Iowa State University, Agronomy Dept. Fund, 2505 University Blvd., Ames, IA 50010, earmarked for Soils Sciences.