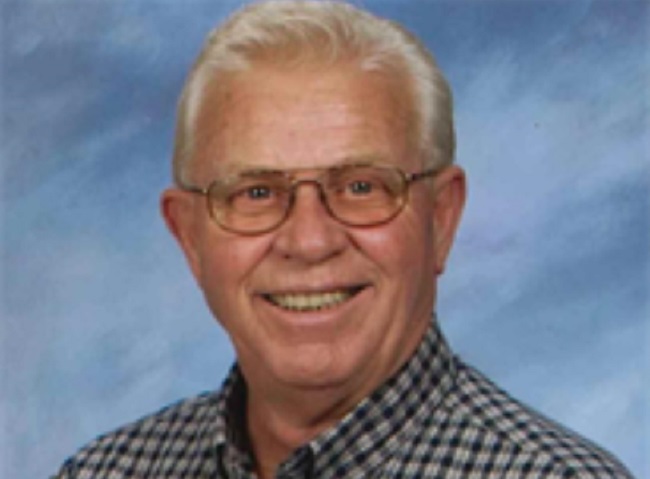 Richard August Wilkening, 77, of Boone and formerly of Perry passed away with his loving wife and brother by his side Monday, Oct. 9, 2017.

After graduating from State Center High School, Rich enlisted in the U.S. Army, where he served for 3.5 years and was stationed in Germany during the Korean War.

Upon his return, he met the love of his life, Linda Burns, and they were married June 2, 1963.

Rich worked in the tire and service-station industry, eventually becoming an owner of the Bauer Built Tire station in Perry.

He also enjoyed his time with the Order of the Eagles and his coffee club buddies, whom he would meet early every morning.

He served in many capacities at Mt. Olivet Lutheran Church in Perry, and he helped with crafting when called upon.

Rich was always ready for a good time and enjoyed many of them with family and friends — and a beer or two.

He was preceded in death by his parents, Carl Sr. and Laura Wilkening; and brother, Pete (Carl Jr.) Wilkening.

Visitation will be held Sunday, Oct. 15 from 3-6 p.m. at the Schroeder-Stark-Welin Funeral Home at 609 Seventh St. in Boone. Services will be held Monday, Oct. 16 at 10 a.m. at Augustana Lutheran Church in Boone, with a luncheon following the service and burial. Burial will take place at Linwood Park Cemetery in Boone. Casual dress/attire is requested.

Memorials can be given to the Iowa Paralyzed Veterans Association or the ALS Association Iowa Chapter in Rich’s honor.