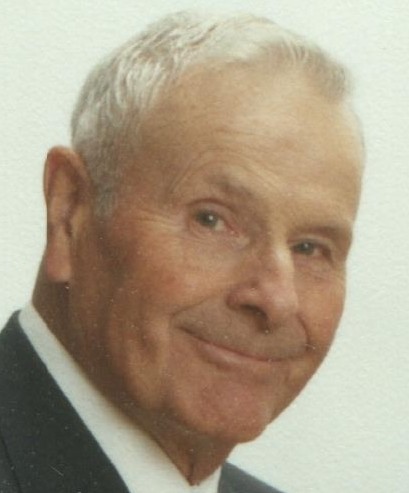 Richard “Dick” Laurence Felt, 83, passed away peacefully at his home on his family’s century farm Nov. 4, 2015.

A Memorial Visitation in celebration of his life will be held from 2-5 p.m. Sunday, Nov. 8 at the Waukee Christian Church, with private interment at Waukee Cemetery.

Dick was the son of Earl and Cecil Felt and born at Mercy Hospital in Des Moines May 4, 1932.

He graduated from Waukee Community School in 1950.

Dick then was drafted into the Army during the Korean War and served under the 282nd Field Artillery Battalion in March of 1953.  He was stationed in Germany and returned home in 1955.

He then met the love of his life, Patricia “Pat” Mishler, and married her Nov. 18, 1956.  Together they raised three children on the family farm.

Dick loved spending time with family and friends, fishing in Minnesota and farming on the family farm.

He devoted his days to serving the Waukee Farmers Co-op Board, Van Meter Township Trustees, Waukee Co-op Credit Union and Dallas County Veterans Commission.  He was an active member of the Waukee VFW Post 11517 and a 61-year member of the Adel American Legion.

Dick was preceded in death by his wife, Patricia, of 58 years; his parents; his brother, William “Bill” Felt; and grandson, James Kern II.

Memorial contributions may be given to the Waukee VFW Post 11517 or the Adel American Legion in Dick’s name.  Online condolences are welcomed at IlesCares.com.