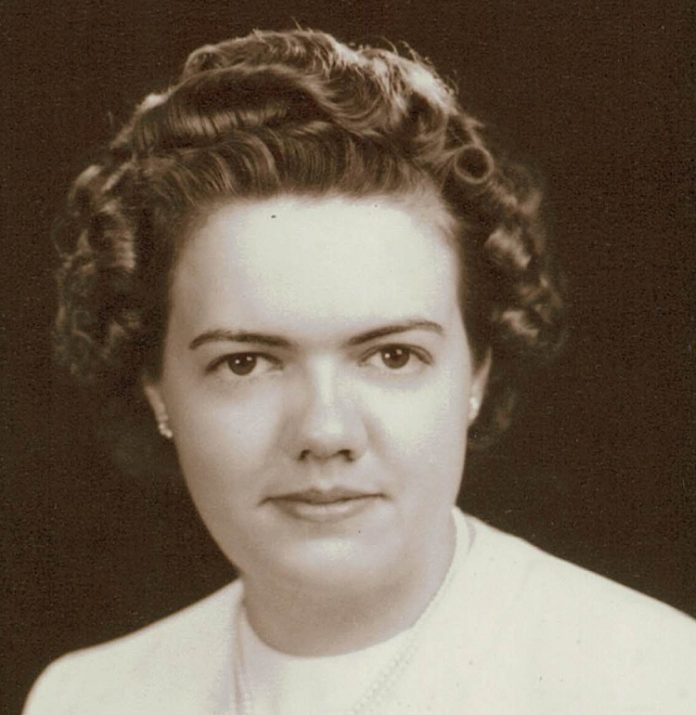 Rita Ringgenberg, 88, of Council Bluffs and formerly of Perry passed away Saturday, Sept. 3, 2016, at the Risen Son Christian Village in Council Bluffs, Iowa.

Memorials will be given to the Perry Bible Church and may be left at the Carris Family Funeral Home. Online condolences may be sent at www.carrisfuneralhome.com.

She attended school in the Grand Junction school system from 1932 to 1936 and then finished her education at Perry Community schools, graduating with the class of 1945.

After graduation, she became a telephone operator at the Northwestern Bell offices in Perry.

Rita was united in marriage to Raymond Ivan Ringgenberg Jan. 31, 1949.

Together they operated Skelly Oil Tank Service until 1971, when Raymond passed away.

Rita later worked at the Fouch Funeral Home as the receptionist, and lastly she worked at the Places Family Center as a department head. She retired in March of 1992.

She was a member of the Perry Bible Church. She enjoyed raising a garden, assisted many others and traveled the globe.

Rita also loved to cook, which is why she had a large recipe and cookbook collection.

She was preceded in death by her parents, John and Clara Hawn; husband, Raymond Ringgenberg; son, Kenneth Ringgenberg; and a brother, Clarence “Jack” Hawn.