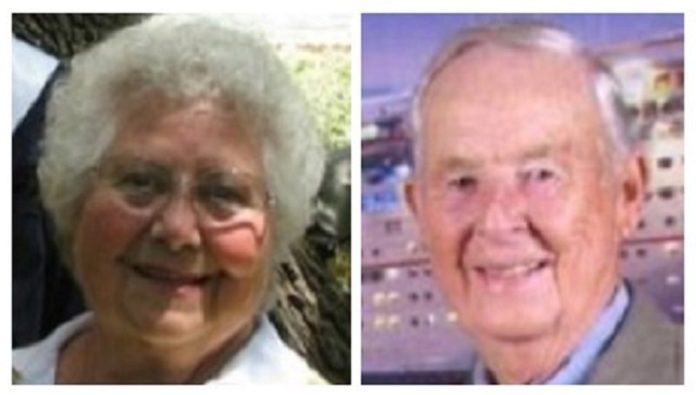 He moved to California and attended Venice High School.

When he was 18, he joined the U.S. Army and spent time in postwar Japan, building a skating rink. After returning to California, he worked at Douglas Aircraft in Santa Monica, Calif.

Roddy then asked his Perry sweetheart, Marjorie Mae Beckman, to marry him in 1950, and for more than 65 years they had a wonderful life and marriage.

In 1960 they moved to Chiloquin, Ore., and purchased the Williamson River Resort and Store. They took their two small children, Susan and Curtis, on a wonderful new adventure.

A number of years later, they purchased the Williamson River Trailer Park. In 1999 they moved to Klamath Falls to live on the Harbor Isles Golf Course, where Roddy loved to play golf.

Roddy was an avid fisherman, hunter, golfer, Elks Lodge member and developed many wonderful stories about those adventures.

Roddy was a great husband, brother, father, uncle and grandfather, and he will be greatly missed.

Marjorie “Marj” May Beckman Judd passed away May 3, 2017, in Klamath Falls, almost 11 months after Roddy passed. She was born in Perry Feb. 3, 1928, to Delbert and Carrie Beckman.

Marj graduated from Perry High School and from nursing school in Des Moines.

She moved to California after graduating from nursing school and married Robert Judd, whom she knew from Perry. She worked as a nurse at the V.A. Hospital in Santa Monica, Calif., while Roddy worked for Douglas Aircraft.

Marj was a great wife, mother, grandmother, aunt and sister. She will be missed by all. She always had a great spirit and did her best to make everything enjoyable.

She was preceded in death by her brothers, Lee and Dana Beckman; and her sister, LaRue Beckman Grubbs.

They are both survived by their daughter, Susan Judd Delgado, and son-in-law, Tony Delgado, of Round Rock, Texas; son, Curtis Judd, and daughter-in-law, Jennifer Judd, of Klamath Falls, Ooe.; grandsons, Scott and Brian Delgado; and granddaughter, Natalie DeLonge. Robert is survived by his brother, Richard Judd of Perry.

A celebration for both Roddy and Marjorie’s life will be held Friday, Sept. 15 at 10:30 a.m. at the Fairview Methodist Church, 2162 Deer Ave. in Perry, followed by a burial service at Violet Hill Cemetery in Perry. In lieu of flowers, donations may be made to the American Cancer Society or the American Heart Association.