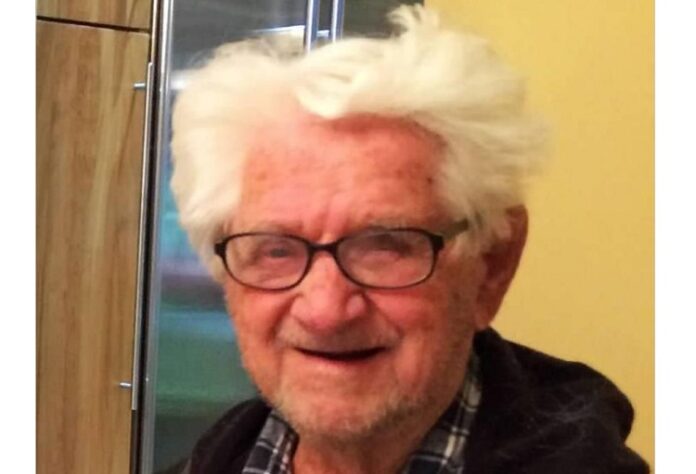 Graveside services for Robert “Bob” Stevens, 105, of Fairfax, Virginia, will be held at 11 a.m. Wednesday, Dec. 1 at the Junction Township Cemetery in Grand Junction, Iowa.

Bob passed away Nov. 18, 2021, at the Dulles Health and Rehabilitation Center in Herndon, Virginia, where he was recovering after a severe heart attack suffered Oct. 21, 2021.

The son of Wendell and Mary Edna (Flac) Stevens, Bob was born Oct. 4, 1916, in Grand Meadow, Minnesota. When he was still very young the family moved to Jefferson, Iowa.

Later the family moved to Perry, where he attended elementary school and worked several jobs to help support the family during the Great Depression.

Bob was inducted into the Airforce division of the U.S. Army Oct. 14, 1942. After training, he served as a sheet metal worker in New Guinea and the Philippines (Luzon) and was presented with the Asiatic Pacific Campaign Medal, Philippine Liberation Ribbon with one Bronze Star, Good Conduct Medal, World War II Victory Medal and a Sharpshooter Medal Button.

After he was discharged, Bob and Mildred lived in Burbank, California, where their son, Bruce, was born in November 1946. It was there that Robert began his craft and career laying hardwood floors.

In 1969 they moved to Reston, Virginia, where he continued laying hardwood floors until his retirement.

After the death of his wife, Bob lived with his son and daughter-in-law, Bruce and Jan, in Fairfax, Virginia.

He loved his grandchildren and enjoyed traveling and spending extended visits with family members in Georgia, Iowa and Texas.

Bob was a lifetime member of the VFW and was active at Post 738 while in Des Moines.

He loved to fish in rivers, lakes or ponds whenever he had an opportunity. He was also known to drop in to share a cup of coffee, a piece of pie or other goody and enjoy conversation with family or friends.