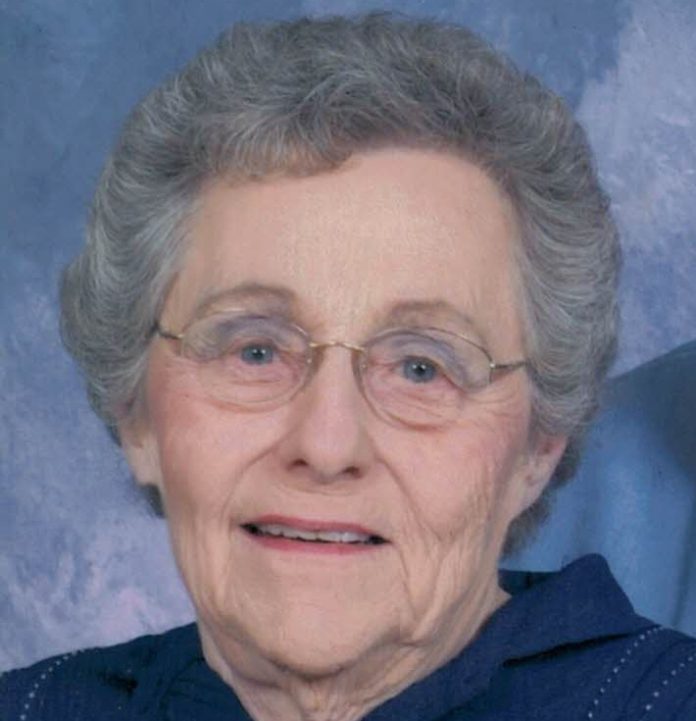 Robina Leonard, 83, of Guthrie Center and formerly of Perry passed away Thursday, Sept. 21, 2017, at the New Homestead in Guthrie Center, Iowa.

Memorials will be given to her family and may be left at the Carris Family Funeral Home. Online condolences may be sent at www.carrisfuneralhome.com.

She attended Country School and then graduated from Washington Township School with the class of 1953. After graduating, she attended McPherson College at McPherson, Kan.

She was united in marriage to Gary Lee Leonard at Panther Creek Church of the Brethren June 1, 1956.

She taught at Washington Township School and later worked in the dietary department at Dallas County Hospital.

She was a member of the Panther Creek Church of the Brethren and the Iowa Angus Auxiliary.

She enjoyed going to craft shows, gardening and raising chickens. She especially enjoyed sewing for her family and repairing jeans for her grandchildren.

In death she rejoins her husband, Gary Leonard; and parents, Alton and Beulah Royer.