The westbound lanes of Iowa Highway 141 have been reopened after an accident on the bridge over U.S. Highway 169 slowed traffic this morning for commuters coming to Perry from the east.

The accident occurred about 7:30 a.m. when a sport utility vehicle rolled over in the westbound lanes.

The Dallas County Sheriff, Dallas County EMS, Perry Police and Perry Volunteer Fire Department responded. Westbound traffic on Iowa Highway 141 was diverted off the highway and on to U.S. Highway 169 until about 8:45 a.m.

He said Richardson and a passenger, Tina Noring, 36, of Perry, were taken by ambulance to Mercy Medical Center in Des Moines for treatment of minor injuries.

According to Richardson’s mother, Tammy Peel of Perry, “Daniel has a fractured neck. We are waiting to see if they are going to do surgery. He lots of scrapes and cuts and bruises.” 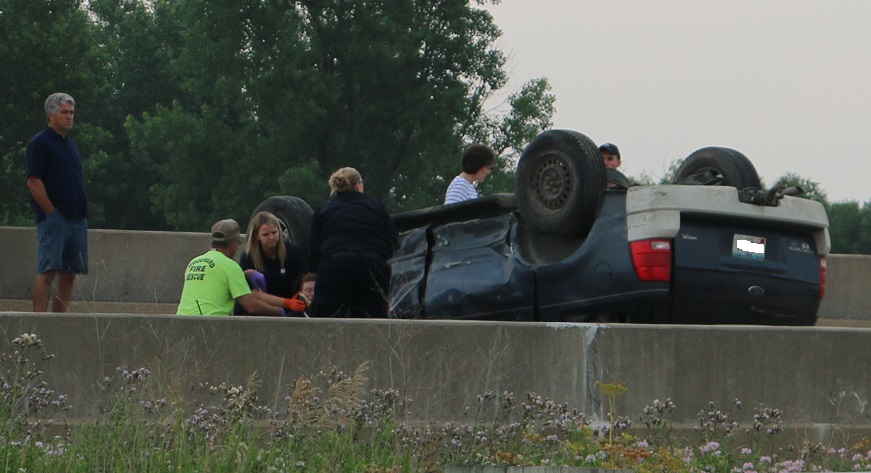