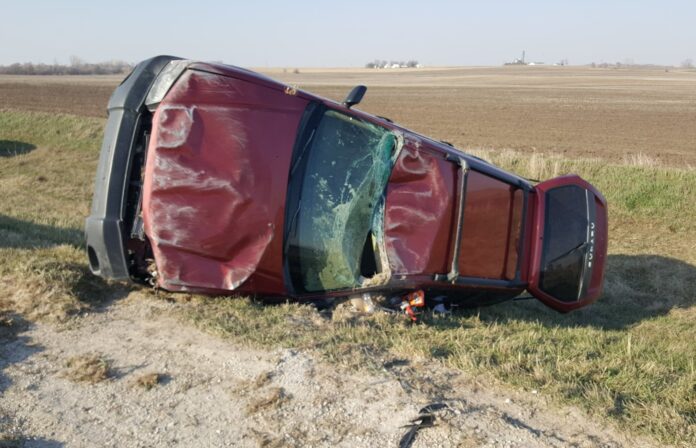 No injuries were reported.

The collision occurred about 5:15 p.m. on the northbound lanes of the state highway, where a Toyota SUV and a Subaru SUV left the roadway.

The Subaru sustained significant damage after overturning onto the driver’s side and coming to rest on the east shoulder.  The Toyota came to rest upright in the east ditch.

ThePerryNews.com will update this store as information becomes available.