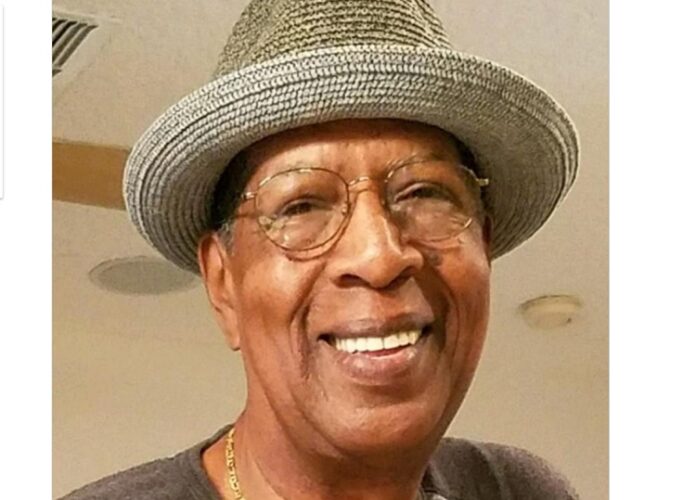 Ron worked 29 years as a juvenile probation officer for Hennepin County and “found it rewarding,” especially when he ran into former clients who were doing well or thanked him for helping them.

The son of Gail and Mary (Burke) Davis was born Feb. 25, 1947, grew up in Perry, Iowa, and attended Northeast Missouri State University, earning an B.S.E. degree in 1969.

As a couple, Ron and Beverly traveled in the states and abroad, visiting family and friends. In 2013, they became “snowbirds” on Amelia Island, Florida. Ron “enjoyed stepping out of the snow onto the sands of American Beach surrounded by nature and good neighbors.” In Florida and Minnesota, he spent hours riding his bike, taking pictures, exploring during long walks, listening to his extensive music collection and books on Audible. Most of all, Ron looked forward to playing golf and talking “trash” with friends. Nature and history also fascinated Ron, and he knew a lot about both.

Being with family, however, captured his heart. Walks with his grandchildren were moments of joy, playful and teasing. With eagle-eye precision, Ron and grandson Ty found lost coins and were delighted with every penny found. Math skills were reinforced when Ron and Beverly had their grandchildren add the sum of the numbers in addresses, creating a friendly competition among Willie, Summyr, Ty and Kyra. And “I spy with my own little eyes” was a hit when riding in the car with the grands or great-granddaughter Kamorah. Ron “laughed and did trivia with his dad and two loving sisters, Carole and Jann, who always had his back.” He enjoyed visiting with step-mom Margaret and sharing her favorite chocolate treats. Ron embraced being a mentor-friend to “all his wonderful nieces and nephews. I love you” Nicole and Michelle (Dwight Davis), Michael and Audrey (Carole Morrow), Timothy and Wendell (Janice Davis).

Ron was the “proud father of Ronald and Netrea and his son-in-law Gary Miklowski.” He left no stone unturned when raising his son and daughter, attending numerous basketball and volleyball games and track meets. He gave them unconditional but no-nonsense love. Ron encouraged them to set goals and “go for them,” and they exchanged thousands of hugs.

Ronald “loved Perry, Iowa, and the renaming of the school relays in 2006 from Perry to Davis Relays for me and my family’s athletic accomplishments.” Renowned even today as a “track icon,” in 2010 Ron was inducted into the Iowa High School Hall of Fame, having rewritten the record books during his career at Perry High School, and 45 years later some of those marks still stand. When he graduated in 1965, Davis held seven IHSSAA and two National Federation of High School Records. He was also a four-time All-American NCAA (National Collegiate Athletic Association) in Track and Field: twice each in the 400 and 1600 meter relays (Northeast Missouri State now Truman University). In an interview, Ron reflected, “I have a true love and devotion to the sport. At the time I thought I contributed all I had, not realizing I had so much more.” (Hall of Fame, Iowa; runjumpthrow.com)

Ronald Edward Davis Sr. decided to “leave this earth on my own terms.” He was preceded in death by his mother and father; his brother, Dwight; and his son, Ron. He leaves his wife, Beverly; daughter, Netrea (Gary Miklowski); sisters, Carole and Jann; close friend, Jeanne; and a host of great-nieces/nephews and cousins, all who love him and will miss him dearly. Sharing our family’s grief are his many friends and acquaintances, especially his “best buds” who shared many moments “shooting the breeze” with their “brother” Ron.

“…Be strong and courageous. Do not be frightened, and do not be dismayed, for the Lord your God is with you wherever you go.”- Joshua 1:9 ESV

The Ronald Davis Family Scholarship has been established to honor scholar track and field athletes at Perry High School, Ron’s family alma mater. In lieu of flowers, tax deductible donations can be mailed by March 30, 2021. However, this scholarship will be perpetual, so ongoing donations will be greatly appreciated.