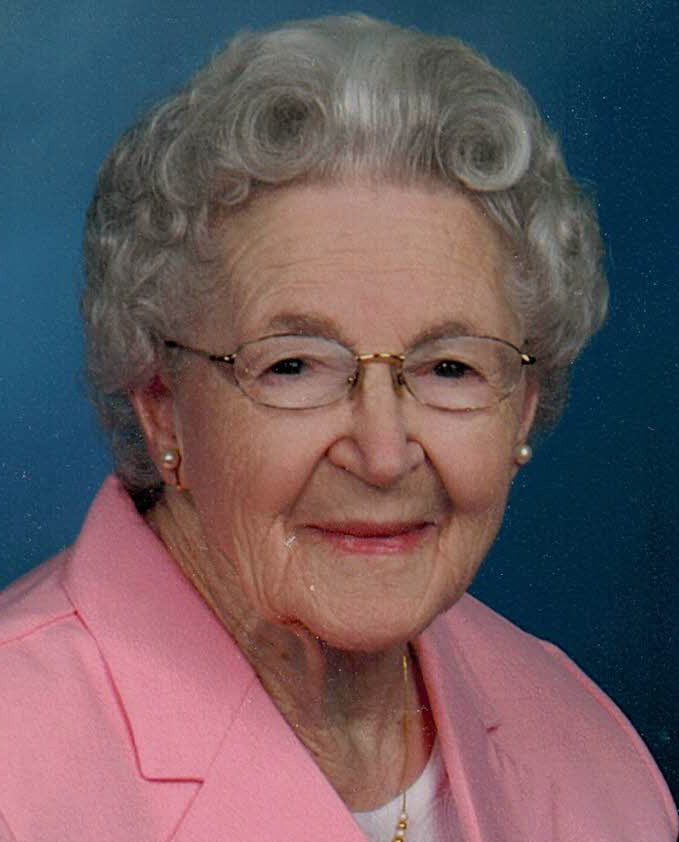 Funeral services will be held Saturday, Dec. 12 at 10:30 a.m. at the First Baptist Church in Perry. Visitation will be Friday, Dec. 11 from 4-8 p.m., with family present from 5-8 p.m. at the Carris Family Funeral Home in Perry. Burial will be in the Junction Township Cemetery at Grand Junction.

Memorials will be given to HCI Care Services, First Baptist Church of Perry or Central Missionary Clearing House of Houston, Texas (Joanne’s Spanish Ministry) and may be left at the Carris Family Funeral Home. Online condolences may be sent at www.carrisfuneralhome.com.

She attended school at St. Marys, Iowa, graduating with the class of 1934. She attended Simpson College at Indianola, where she received a two-year lower elementary degree in 1937.

On June 12, 1940, she was married to Claude Edgar Jones at the Presbyterian Manse at Indianola.

She returned to teaching in 1959. She finished her teaching career at the following schools: Paton, Dawson, Boxholm and Pilot Mound, retiring in 1981.

She earned her Bachelor’s Degree from Drake University at Des Moines, graduating in 1972.

She was a member of First Baptist Church. She enjoyed travel, crafts, sewing and reading.

She was preceded in death by parents and husband, Claude Edgar Jones.