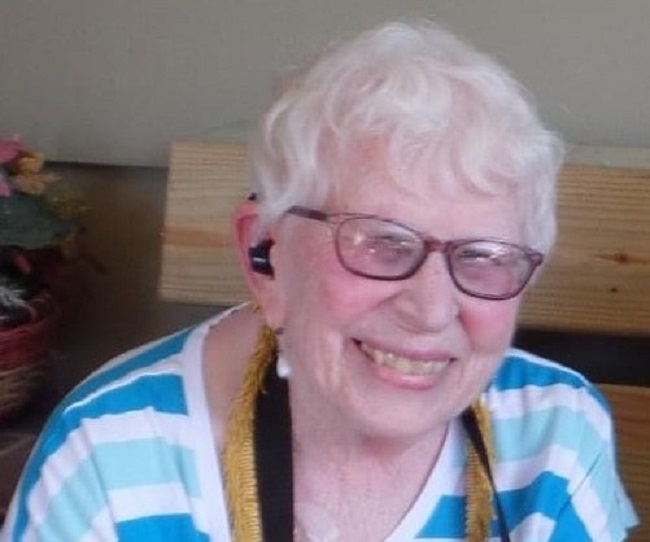 Sandy attended the Luther Consolidated School and graduated from the United Community School District, followed by a year at the University of Iowa.

Sandy met Robert “Bob” Malone at a summer job at Winona Lake, Indiana, and they were married Sept. 9, 1962. They had three daughters, Robin Louise, Lori Kay and Lisa Marie.

The family lived in Luther, Webster City, Carroll, many years in Woodward and finally in Perry.

Sandy worked at the Woodward State Hospital-School, now known as the Woodward Resource Center, beginning in resident care and then as a teacher aide and speech aide.

After retirement, she developed an interest in genealogy and became very active on FindAGrave.com and Ancestry.com. She reached out to and developed relationships with many distant relatives.

Sandy was a member of Bethel Church in rural Boone, the Heartland Church of Christ in Perry and the Minburn Legion Auxiliary-Minburn Osborne Post 99 and was a past member of Woodward Fire Auxiliary when Bob was a fireman.

Sandy enjoyed her family above all and was always ready for a game with the grandkids and especially all the family parties, where she usually provided potato salad and scrumptious deserts.

Piano playing was her most special gift, and she could play with music or by ear. She considered it her ministry and shared her talent at nursing homes, churches, community events and with anyone else wanting to hear. On July 4, 2022, she played the finale at a patriotic variety show in Perry and received a standing ovation.

Being legally blind, she did not drive, but she logged many miles sightseeing, visiting historical sites and going to fairs and concerts with the many friends and family who provided a ride.

Her grandma taught her that if you wanted good friends, you had to be a good friend, and she was — just ask anyone who met her.

Sandy was preceded in death by her parents; her infant brother, James Ronald McVay; her sister, Margaret Ann Sharp; and her daughter, Lori.

In her last hours, Sandy requested hymn singing, which her daughters and granddaughters provided. The last song playing was “I’ll Fly Away.” Her faith in Jesus Christ was strong, and we know she flew home.

Visitation will be held from 6-8 p.m. Tuesday, July 19 at Iles Sundberg Kirkpatrick Chapel at 202 S. Market St. in Madrid. Funeral services will be 10 a.m. Wednesday, July 20 at the Bethel Church, 1726 L. Ave. in rural Boone. Interment will follow at the Rose Hill Cemetery in rural Boone.

Memorials are encouraged to Bethel Church, Heartland Church of Christ, the Minburn Legion Auxiliary or the cancer charity of your choice. Online condolences are welcome at www.IlesCares.com.