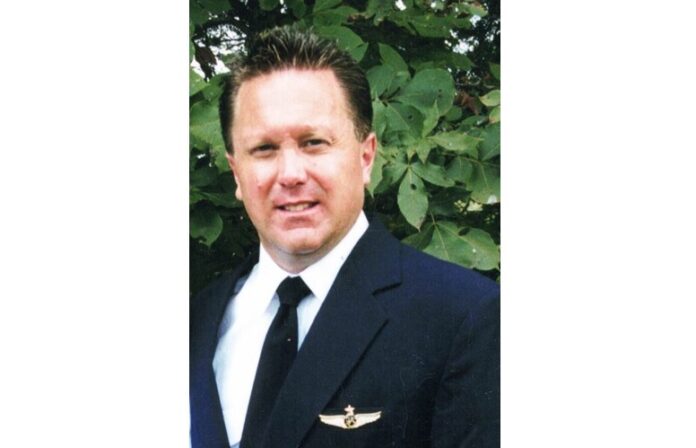 Scott Robert Rosene, 50, of Portage, Indiana, and formerly of Perry went to his Eternal Home with Jesus Nov. 7, 2020.

Scott’s family moved to Perry in 1973, and he graduated from Perry High School in 1988.

Scott set his sights on being a pilot at age 5, and he lived out his dream by graduating from Augustana College in Sioux Falls, S.D., with a double major in aviation and psychology.

He happily fulfilled his passion of flying for many years as a corporate pilot throughout the U.S., Canada and esewhere. He thoroughly enjoyed flying for Talon Air Inc. based in New York.

Scott taught Dawn how to ride motorcycle, and it became their summer passion. He also enjoyed classic cars, and they didn’t miss many local car shows.

They have two dogs, Mya and Malakai, which went everywhere with them.

When Scott wasn’t busy, he liked to research the latest in technology. Any room would light up when Scott walked in.

People were attracted to his sense of humor and laid-back personality.

He was preceded in death by his father, Bob Rosene; his four grandparents; two uncles; and a cousin.

Viewing will be held Friday, Nov. 13 from 4-8 p.m. at Portage Chapel of the Edmonds and Evans Funeral Home, 6941 Central Ave., in Portage, with the funeral at 11 a.m. Saturday, Nov. 14 at the funeral home, with burial following at Heritage Cemetery.