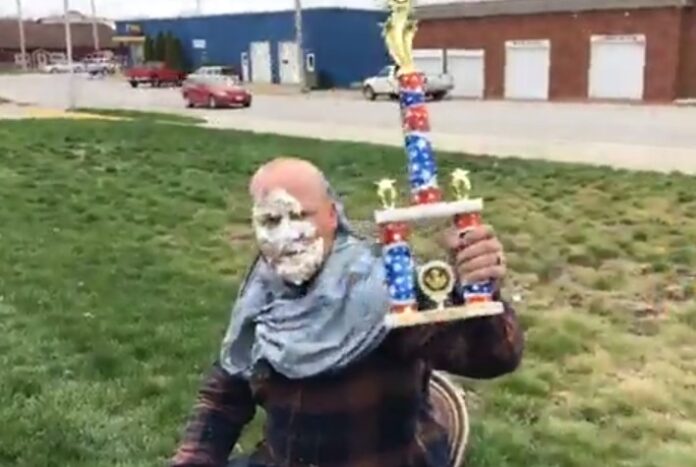 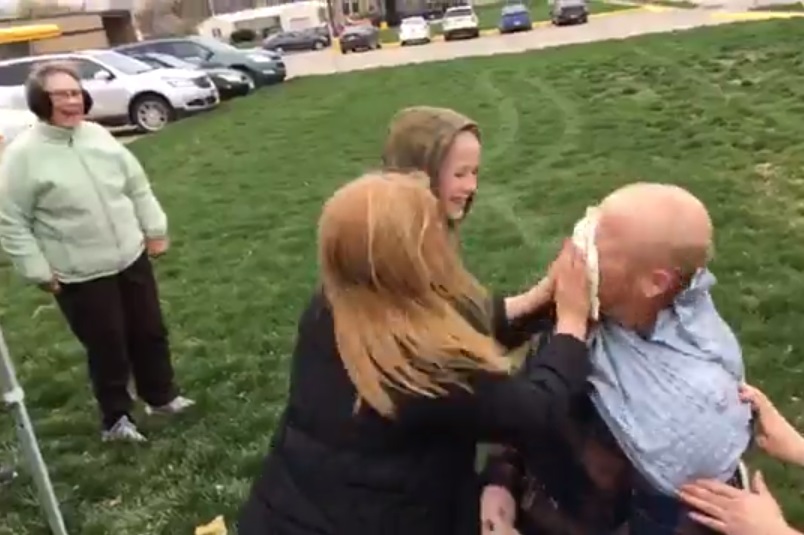 More than $6,400 was raised in this year’s Perry Chamber of Commerce Big Boom Bracket Battle fireworks fundraiser for the Fourth of July, which wrapped up Friday afternoon pie in the face for the fundraiser champion, Sean Welch of Welch Construction.

Welch attracted $1,348 in donations during the final week of head-to-head competition with finalist Courtney Straker of Great Western Bank, who amassed $1,077 in donations.

The coconut cream award was delivered at 5 p.m. in the parking lot of the Perry Fareway by Welch’s daughter and son.