Both the IHSAA and IGHSAU have recently announced a series of policy changes that will effect high school athletics across Iowa.

One clarification is that boys and girls basketball coaches may now stand up during a game. While restricted to a 14-foot box in front of the bench, the rule reverses an earlier decree that, for several seasons, had the coaches firmly planted in their seat while play was underway. If a coach leaves the 14-foot box or if any member of the bench receives a technical foul the coach will then be forced to remain seated for the remainder of that game.”

Schools may now chose to practice with grades 7-12 combined in any sport; the decision is up to each district. No eighth grader may participate in a varsity sport save softball and baseball, as their eighth grade season is technically over (or will shortly be ending). 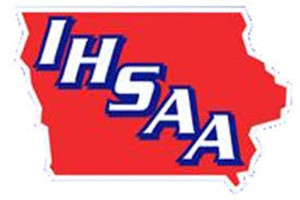 The restriction of boys practicing against girls has only recently overturned; no boy may take part in game competition in a girls sport.

The IGHSAU also reclassified girls soccer. Beginning in 2016, Class 3A will be comprised of the 40 largest schools, with 2A having the 48 next largest and 1A the remainder. Previously, Class 3A had taken only the 32 largest schools.