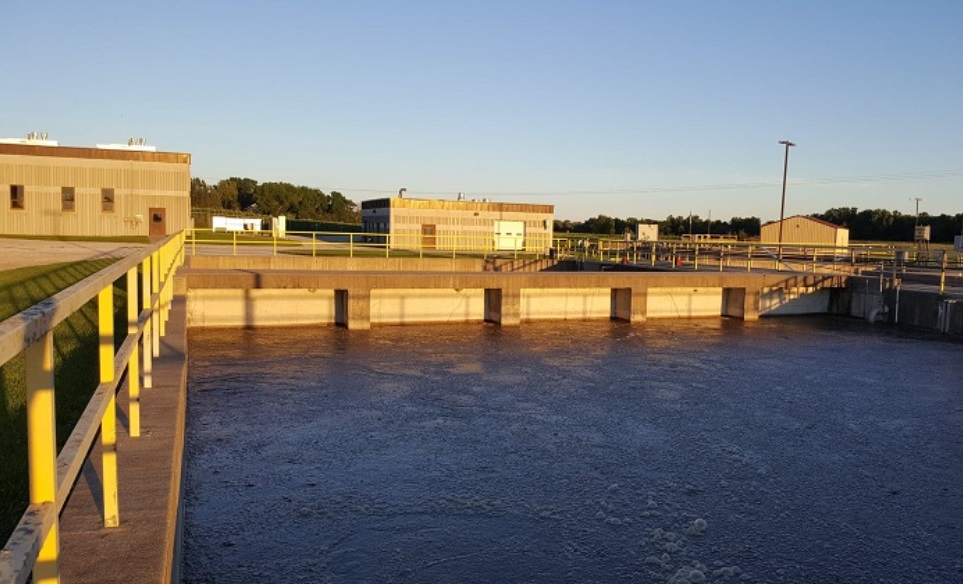 After nearly three years of wrangling with the Iowa Department of Natural Resources (DNR) over the design of improvements to its wastewater treatment plant, the Perry City Council has received a bid of $27 million on the project — a price 50% higher than the $18 million engineer’s estimate.

The council approved upgrades to the wastewater treatment plant in August 2018, marking the first significant improvements to the plant since 1998. Matt Ferrier, project manager at Bolton and Menk engineering, revealed the painful bid numbers to the council at its April 19 meeting.

“I hate to be the bearer of bad news,” Ferrier said, “especially as long as we’ve been waiting for it.”

The city received two bids on the project, Ferrier said, and both “were substantially over the estimate.” Ames-based Woodruff Construction’s bid was the lower at $27.2 million, and Peoria, Illinois-based Williams Brothers Construction Inc. tendered a bid of $30.2 million.

Four other likely bidders — two construction firms from Minnesota and two from North Dakota — backed out because they were awarded large contracts just a week or two before Perry’s project was let, Ferrier said. He said bids on wastewater construction jobs statewide are currently exceeding engineers’ estimates by about 30%.

The DNR rejected the first design proposal, produced in 2019 by Gregory Sindt, senior principal environmental engineer with Bolton and Menk, and his son, Andrew Sindt, environmental engineer, and the state asked for a revised design with more treatment capacity. Protracted negotiations with the DNR on the design standards and loads began in September 2019 and carried on for months.

“We had come up with a recommendation for a facility plan that we took to the Iowa DNR,” Ferrier told the city council in January. “After their lengthy review of that, they actually rejected the design flows and the loadings that we had proposed and came back with a pretty substantial increase, about a 25% increase in the size of the plant, the capacity of the plant. For a waste water treatment plant, that’s a fairly significant impact.”

He said the city’s engineers pushed back, arguing the proposed overbuild of the sewer plant was excessive.

“We appealed back to the DNR,” Ferrier said, “essentially arguing with them, saying that we didn’t feel like the increase was justified given the process we were designing. By the time we got through all that process, that essentially took almost nine months of time out of it. We didn’t get an actual response back to them on that until last spring.”

The delayed design approval occurred while changes were taking place in the construction market, particularly increases in the cost of materials, he said.

“We believe our estimate was probably low based on what we’re looking at and what we’re hearing across the industry and what’s happening really in the last six months,” Ferrier said. “We did have a lot of discussion (with contractors) about material supplies and the availability of those. That played a pretty significant role in the impact of the cost of this project. On top of even the availability was the duration of this project. There was a lot of concern over how to price it. What’s our price going to be a couple of years out? So there’s a lot of hesitancy on those items.”

The drawn-out design negotiations with the DNR also drove up the city’s cost to employ Bolton and Menk. The city council approved a $1.2 million agreement in 2018 with the engineering consultants to design and manage construction of the project, but the redesign demanded by the DNR caused Bolton and Menk to raise the price of its professional services to $1.7 million, a change the council approved in January 2021.

According to the preliminary 2018 estimates, about $15.6 million of the project’s $18 million cost would be financed through a loan from the Clean Water State Revolving Fund (CWSRF), with an additional $600,000 coming through a federal Community Development Block Grant (CDBG) and $1.7 million from the city’s cash on hand.

The upgrade plan calls for the replacement or renovation of more than a dozen structures at the facility — from a new clarifier basin, anoxic basin and influent lift station to a new UV building, biosolids pump building and effluent lift station — and includes $2 million in improvements to the city’s sanitary sewer collection system, the underground pipes that bring the waste to treatment.

Construction was originally planned to start in May or June and be completed in 2022. That schedule is now in doubt as the city council considers its options in light of the inflated cost. Ferrier said the council has three options: The first is to accept the $27.2 million bid, and the second is to wait and rebid the project.

“Option three is could we go through and physically change something in the plans,” Ferrier said. “Is there something in there that’s really driving the price up, something that’s very odd or something that’s causing issues? After discussions with the contractors, it’s a pretty basic plan. There’s nothing that is a frivolous item. There’s nothing that is an unnecessary item. So we decided that is probably not a realistic option. We don’t think even with changes that we’re going to see anything substantial. There’s certainly a lot of concern over is this a market reset? How long are the prices going to stay at this range? Do they come back down? Do they continue to go up? So there’s a lot of uncertainty going on right now. We’re actually seeing this on multiple types of projects, so it’s not just wastewater treatment projects. We’ve seen it this last week on street jobs as well. There’s nothing indicating right now that the prices are going to go up or down, so it may not hurt us to wait. It may hurt us. We just don’t know. We really just don’t know.”

The Perry wastewater treatment plant was upgraded from a trickling filter system to a sequencing batch reactor system in 1993 in a $3.9 million project managed by McClure Engineering, but the plant was plagued with mechanical failures and was converted in 1998 to a conventional activated sludge facility in a $2.2 million project under the direction of Veenstra and Kimm engineering. The plant was originally rated to treat a maximum of 2.9 million gallons a day during average wet weather. Current DNR standards require a treatment capacity of 5.2 million gallons a day.

Ferrier said the extra treatment capacity demanded by the DNR design is not needed now but will be in place and ready to accommodate Perry’s growth as more housing is built and more businesses populate the industrial park.

“As those continue to gain traction, we’ll have capacity to take those on,” he said.

The council took no action but will revisit the project at its May 3 meeting at 6 p.m. in the upstairs conference room of the Towncraft building at 1122 Willis Ave.