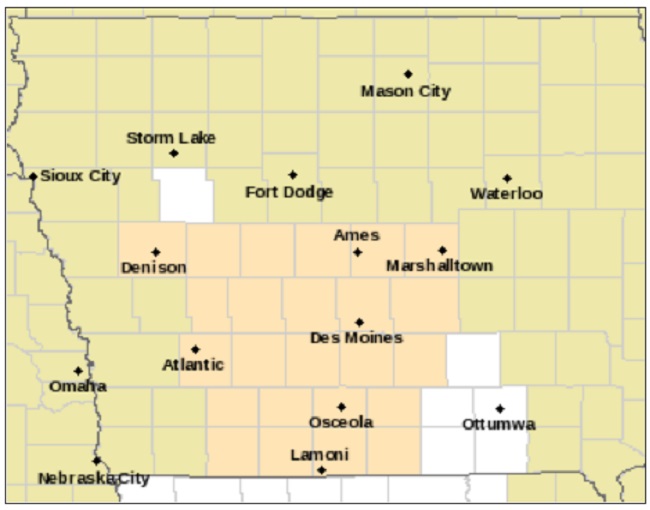 A brief period of moderate to heavy snowfall is overspreading the Perry area and much of Iowa Monday afternoon, with the main concerns being reduced visibility to under one-half mile and snow-covered and slick roadways.

Accumulations of around an inch are possible, according to the National Weather Service office in Des Moines.

Motorists are advised to use caution when traveling, including reducing speeds, expanding following distances and using headlights in areas of snowfall or snow covered roadways.