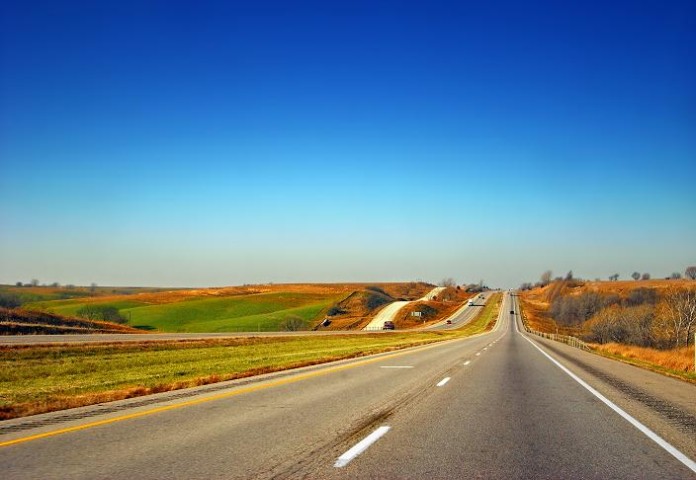 As summer is ending, I am reminded of vacation time.

When I was a kid growing up in Vinton in the ’70s and ’80s (everyone thinks that I am older), we usually went to Adventureland in Altoona one day of the year and then on a longer trip to somewhere else. These longer trips usually had us starting out on Wednesday or Thursday and coming back on Sunday. This was because many of us had to get back to work.

We usually went to where we had family. I can remember several times going to Smithville, Mo., which is near Kansas City, where my Grandmother Vest’s younger sister, Jeraldine, lived with her family.

We went one time, in August 1995, to Bloomfield, Ind., for a family reunion that ended up being our last family vacation of this type. My Grandfather Vest came from Bloomfield.
On all of these trips, we went with my mom’s family, and there were always from 25 to more than 30 family members going along, including my Grandmother Vest.

We always had to take several vehicles, and on the longer trips we would have five or more vehicles in this caravan. This was the days before cellular telephones. My Uncle Ralph and Aunt Emma always took the lead, and my Uncle John and Aunt Kathy took the rear. This was because they had CB radios, and the rest of us did not. That way it kept us together and if someone broke down, John and Kathy would radio Ralph and Emma who would pull us all over. 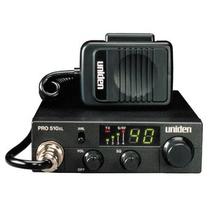 Ralph was a very good mechanic, and my Dad and he had a lot of tools with them. It seems that my Dad usually had the second spot in the caravan behind Ralph and Emma. Their daughter, my cousin Lorraine, rode with them in the lead vehicle and would write signs in big letters to put in the back window letting us know when we were going to pull over for a break. My Dad would put his hand out the window pointing to the left to signal to the next car and so on.

Depending on the trip, we all would stay with the family members we were visiting. If there were too many of us to fit in their house, some would sleep in the back of station wagons or vans behind the house, in tents pitched in the yard, in pick-up campers and pull-behind campers parked in their driveways or yards.

We would tour area sites, with a member of our host family sitting up front and giving directions to the lead-vehicle driver, while we had one or two vehicles crammed full of us. In a pick-up camper, you can seat more than 20 people if you plan correctly. I guess this is called “family togetherness.”

Many times during our trips, we ate at our host’s home, but my mom and her sisters always brought the food, prepared most of it and cleaned up. Everyone would also give the hosts some money because having 30 people use your showers and bathrooms uses a lot of water. As stated before, our last family trip of this sort was in 1995, when we traveled to Indiana.

After I moved to Perry in October of 1995, I decided that it would be interesting to travel to other countries. My Grandmother Wood immigrated to the United States with her parents and most of her siblings around 1910 from what was then Posen, Germany, now part of Poland.

I had an interest in seeing parts of Europe, so in November 1995 I decided that I would check into what trips were available just before vacation time in 1996. For some reason, I decided to visit Russia.

A lady who volunteered at the Lutheran Home had worked as a travel agent, and she told me to check with Jo Roberts. I headed downtown and stopped in at Heartland Travel, which Jo owned. The building is now where the American Federation of State, County and Municipal Employees Union Local 2990 is located.

Also working in the travel agency at this time was a lady with long, dark hair named Kim Heiland, who looks just like someone that I worked with at the Lutheran Home.

Jo gave me several different travel catalogs that I took with me, and I decided to take a trip to Moscow and St. Petersburg, which was just eight days, including travel.

Jo instructed me on what documents I would need and how to get a passport. She helped me fill out the paperwork for the visa. I had to go get pictures taken for the passport and visa, so I visited Jon Jamison who ran his photography studio across the street from the apartment building on First Avenue where I live.

He used an instamatic camera that took two images of you at once. I needed three pictures for my documents but ended up with four. Jo also would not let me fly on a Russian airline because she thought that they were not very safe. I think that I flew with a Finnish company.

My parents never said very much about my wanting to travel to Russia. My Grandmother Wood did not like the idea and told me about all of the airline crashes that she had heard about and hoped that I did not get into one. My Grandmother Vest thought that it was a great idea to go somewhere different.

Sometime in July 1996, I headed to Russia. I do not remember who took me to the airport or picked me up, but I flew out of Cedar Rapids and came back the same way.

As with getting to the airport, I do not remember what city I flew to for transfer. A flight to Europe takes about six hours from the United States. In Europe we first flew into Helsinki, Finland, and then on to Moscow, Russia.

When I got to Russia, my suitcase had been cut on the side, which is not unusual for luggage in Russia. I was met by my tour guide, who was a young, blond-haired woman with two different colored eyes named Marina along with a young man who was the van driver.

She was holding a hand written sign which said Douglas Wood. She spoke English with a combination Russian/English accent. The two different Russian travel guides that I had pronounced my first name as Dooglas and my last name as Vood.

Marina and the driver took me to my hotel, which was named the Hotel Ukairna, so that I could check into my room and rest a bit. She told me that on this trip there were only me and a family of four. I was surprised at how few people this trip had, but we all got a lot of attention from the tour guides.

The family stayed at different hotels than I did because they chose the higher-priced option on the trip. I always look for the best deal.

Marina wanted to know if I wanted to stay at the hotel after I checked in or start sightseeing. Even though I had been up all night, I wanted to go sightseeing, and so did the family of four.

The husband was a cancer doctor and with him were his wife and two teenage daughters. They had first visited China on this vacation before concluding in Russia. They were finishing up a five-week trip.

On the first day we went around and saw many sights. When we got back, Marina took me to the reception desk and spoke to the clerk about getting me a wake-up call for 7 a.m. She explained to me how supper and breakfast worked. Then she left to go home.

No one at the hotel spoke much English so it was intimidating for me to think that I was in a strange place where no one understood me.

In Russia in the summer, they have something that I believe is called the Midnight Sun. The same thing occurs in Alaska. I went to bed about 10 p.m., and the sun was as bright as it was during the day. I saw a man outside my window working on a car at this time. It never really got dark until after midnight.

As I said before, between the time change, my being up all night and the sun staying out most of the night, I never did really know what time it was. I went to sleep.

I was awakened by the telephone. I thought that it was 7 a.m. I answered, and a woman said, “Are you ready for your massage?” At that same time, the Hotel Pattee had publicity information regarding its future opening and what services it was going to offer. I remember hearing that they were going to offer massages to the guests, so in my mind I thought that this was a service that the Hotel Ukraina offered.

I said, “No, I am just waiting for a wake-up call at 7 a.m.” The lady said thank you and hung up. I looked at my watch and it was only 11 p.m. I went back to sleep not realizing what the nature of this call had been.

I was awakened again by the ring of the telephone. I again thought that it must be 7 a.m. because the sun was out. I answered, and a woman said, “Perhaps you would like to spend time with a lady.”

I never did catch on and said, “No, that’s not me. I’m waiting for a wake-up call at 7 a.m.” The lady said thank you and hung up. I looked at my watch, and it was only midnight.

I laid down again, and then it hit me. These calls were from prostitutes. After that, I laid awake all night, wondering if I would be raided by the Russian police.

I told my guide about these calls the next morning, and she stated that the prostitutes had the numbers to all the rooms. People working in the hotel were helping them to get the numbers.

It still amazes me that the prostitutes spoke better English than the staff working in the hotel.

So went my first night in Russia. Later in the trip, I had a run in with the bus police in St. Petersburg, but that is a story for another day.