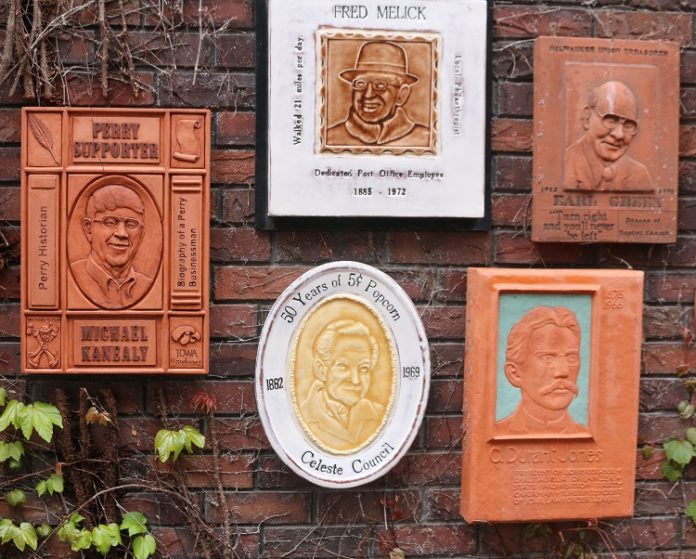 The Perry Historic Preservation Commission in collaboration with Hometown Heritage seeks nominations for new bas-relief portraits on the Perry Wall of Witnesses in Soumas Court.

“The Wall of Witnesses recognizes those who have gone before us and stand as witnesses to our care of the community and those who set the course both in the present and in the future,” according to the commission’s call for nominations. “We look forward to your participation in keeping Perry’s history alive!”

Mike Kanealy was the 2015 Wall of Witnesses inductee.

Nomination forms are available here online, or hard copies can be acquired at the McCreary Community Building, the Perry Public Library, the Perry City Hall or from one of the Perry Historic Preservation Members.

The deadline for nominations is June 16.