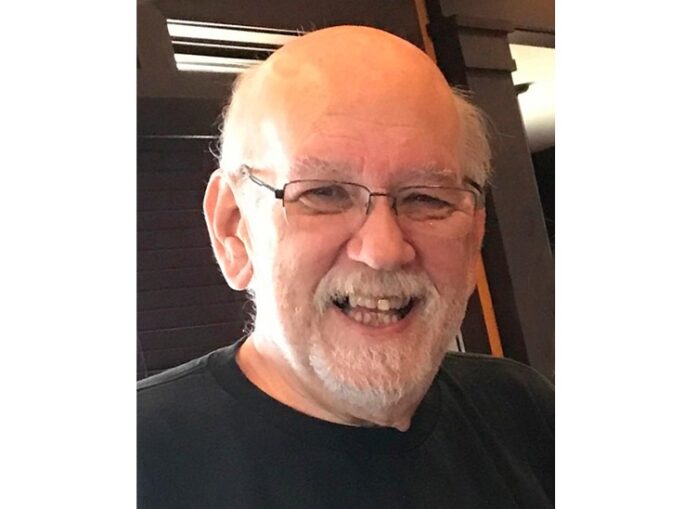 Stephen “Steve” Sutton, 78, of Perry passed away Sunday, April 24, 2022, at Iowa Methodist Medical Center in Des Moines, Iowa. A Celebration of Life will be held by his family June 18 from 2-5 p.m. at the Hotel Pattee in Perry. Burial will be at the Violet Hill Cemetery in Perry, Iowa.

How do you capture the joy of a person’s life in a few short paragraphs? Steve’s sense of humor was endless. His hearty laughter could fill a room, and his unending loyalty to family and friends was one of the many gifts he bestowed on those he loved.

He could also bring you to your knees with “the look”! His children and grandchildren experienced “the look” many times when they said or did something of which he didn’t approve. But he was always willing to listen to anyone’s problems, plans or dreams, offering his best advice for the situation.

He touched so many lives in his time with us — the void he leaves behind is immeasurable!

He graduated from North High School with the class of 1962.

Following graduation, Steve joined the U.S. Air Force, serving as a flight mechanic at Ellsworth Air Force Base in South Dakota. Following discharge from the military, he pursued a career in sales with a number of different companies over the years.

On June 10, 1988, he was united in marriage to Kathy Conrad at the Polk County Courthouse in Des Moines. And let’s not forget, he was a half hour late arriving for the event, which Kathy forgave him for but never let him forget!

During their 33 year marriage, they enjoyed traveling, entertaining and welcoming eight grandchildren into their lives. In 2016 they purchased a home in Florida and became “snowbirds.” Steve loved spending the winters there and enjoyed welcoming visitors who would come for a week or so to escape the Iowa winter!

Steve was an avid NASCAR fan, attending many races over the years. He also enjoyed golf, especially playing with his dad.

He loved nothing more than a good party, dinner in a good restaurant and attending events at the Des Moines Civic Center, Hoyt Sherman and many other venues. His love of music, TV and movies is well known!

In death, he rejoins his parents, Guy and Jean; Elizabeth Sutton, the mother of his daughters Samantha and Amanda; as well as many other beloved relatives and friends.

Left to celebrate his memory are his wife, Kathy Sutton of Perry; children, Samantha (Jim) Klucking of Des Moines, Amanda Sutton of Iowa City and bonus children, Michael Conrad of Perry and Matthew (Misty) Conrad of Perry; and his brood of wonderful grandchildren, Rachel, Kacie and Oliver Rush, Cory and Brady Denton, and bonus grandchildren, Allison Conrad-McCaulley, Madison Conrad and Cadence Conrad; and his fur babies, Otto and Jack.

Forever loved and forever in our hearts.

Memorials will be given to the Wounded Warrior Project or Raccoon River Pet Rescue and may be left at the Carris Family Funeral Home and Cremation Care at Steve’s request. Online condolences may left at www.carrisfuneralhome.com.