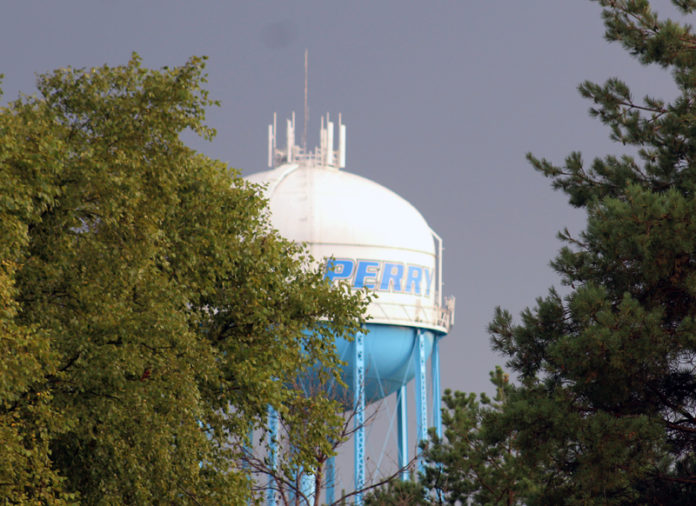 The study, published this week in PLOS ONE, a peer-reviewed open access journal, was led by Benjamin Shirtcliff, associate professor of landscape architecture at Iowa State University.

Shirtcliff focused on three Iowa towns – Marshalltown, Ottumwa and Perry – as a proxy for studying shifting populations in rural small towns, in particular how vulnerable populations in these towns are affected by their built environment (where people live and work) and environmental risks.

Shirtcliff wants to understand how small towns can prioritize investment into their built environment for vulnerable populations on the heels of declining economic resources due to population change.

These risks are exacerbated for and increase physical and mental stress on populations with social vulnerability — such as minority status, low-income, linguistic isolation, below high school education and populations under age 5 and over 64 — which are also significantly higher in the three small towns than state averages.

With the growth of industrialized agriculture over the past few decades, small towns’ populations have shifted: “What environmental justice advocates describe as a ‘double jeopardy’ of injustice where people with the fewest resources reside in low-income communities with high level of environmental risk and unable defend against social threats like racism,” according to the study.

Urban areas benefit from more green space, which would make it seem as if small towns surrounded by green landscapes would have greater benefits. That’s not always the case, according to Shirtcliff, due to the routine application of pesticides, fertilizers and other organic and inorganic toxins.

“There is a rural health paradox: These small towns may appear on the outside that they’re healthier and safer, but the reality is that the metrics cities use are not really compatible,” he said.

This exposes a knowledge gap in current research: Measures of environmental risk and design on vulnerable populations in urban areas are not comparable to those in small towns.

Shirtcliff describes these small towns as having “parallel communities,” or populations that rarely interact due to their opposing work and personal schedules, geography and language barriers.

This research began following one of Shirtcliff’s design studios in Perry four years ago. During an interview with Jon Wolseth, assistant director of community and economic development with ISU Extension and Outreach, he and fellow researchers learned about the parallel communities in the town.

“When we think about public health these days, we think about viruses and epidemics,” he said. “What’s increasingly being supported through research is that the neighborhoods we live in have huge impacts on our mental and physical health.”

As some Iowans move to more urban areas from small towns, the built environment they leave behind is sometimes neglected.

Now there are new barriers that people in these towns face to report and seek care for poor health effects from their built environment. There is also sometimes an information barrier. For example, rural populations may not correlate higher rates of asthma with the landscape.

“Although the influx of foreign-born workers and their families to small towns has enabled economic growth in the hands of a local few, the stability of small towns is fragile,” according to the study. “A decline in local investment coupled with aging infrastructure is likely to impact the built environments in small towns, potentially compounding deleterious effects as vulnerable populations bring families and become established.”

Shirtcliff has called on the landscape architecture profession, which can sometimes focus on broad-reaching issues such as major parks and environmental remediation, to also focus their efforts on “the banal, everyday ‘human environment’ where a sidewalk, street tree and crosswalk make a fundamental difference,” he said. Low-cost interventions such as these can counteract “a mounting public health crisis in small towns.”