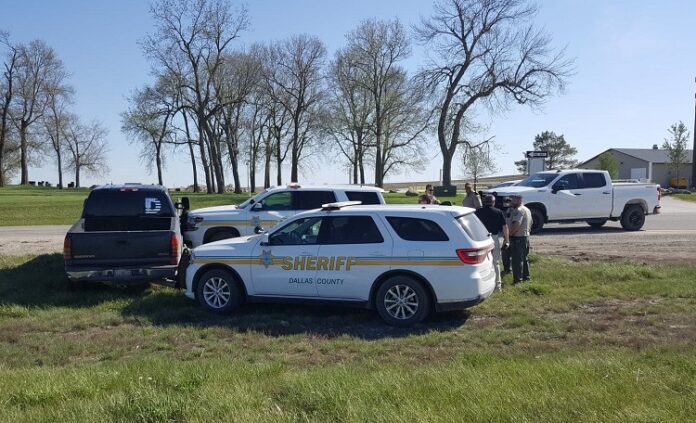 A high-speed pursuit ended in front of the Xenia water company south of Bouton Tuesday afternoon, when law enforcement ran an eluding pickup truck into the median after an hour-long chase.

No injuries were reported in the action.

Marcus Anthony Terrell, 29, of 100 S. Eighth St., Carlisle, was arrested on charges of driving while barred, eluding and a number of traffic violations.

The pursuit started shortly before 4 p.m. in Grand Junction, when law enforcement attempted to initiate a traffic stop, according to Greene County Sheriff Jack Williams.

Terrell fled the scene in a GMC pickup truck and kept law enforcement at bay for most of one hour.

“It went on for quite a while,” Williams said. “It seems like we chased him through our county, Boone County, Dallas County.”

Pursuit intervention techniques (PITs) were successfully deployed on Iowa Highway 141  south of Bouton, ending the chase about 4:45 p.m. Terrell resisted arrest and was tasered while being taken into custody.