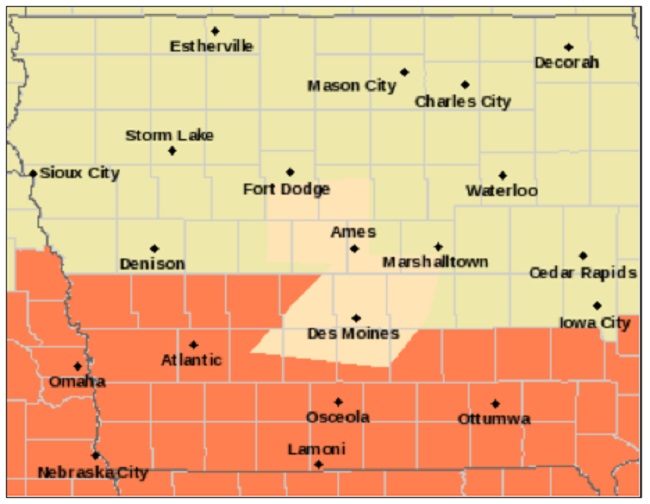 Thunderstorms came to Perry mid-morning Thursday and could last into the evening, according to the National Weather Service, which also announced a heat advisory from noon until 7 p.m. Thursday for the Perry area.

Thunderstorm chances ramp up in the late afternoon and into the night, the NWS, and will be concentrated mainly over northern into central Iowa. Storms might be strong to severe  and capable of producing damaging wind gusts.

Locally heavy rainfall is possible, but any flash flooding threat should be mostly confined to urban areas.