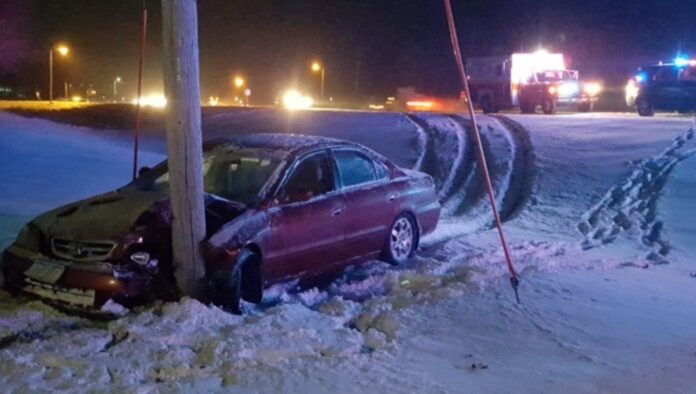 DES MOINES, Iowa — The holiday season is known for celebrations and traditions, but it is also known for being the deadliest season when it comes to impaired driving.

For this reason, law enforcement agencies across Iowa will partner with the U.S. Department of Transportation’s National Highway Traffic Safety Administration (NHTSA) this holiday season to remove impaired drivers from the roads and help save lives.

Motorists will see an increased presence of law enforcement from Friday, Dec. 18 to Friday, Jan. 1.

This is why the Governor’s Traffic Safety Bureau reminds drivers impaired driving is not only illegal, but it is also a matter of life and death. As you head out to the holiday festivities, remember: Drive Sober or Get Pulled Over.

Always remember to plan ahead if you will be celebrating with an impairing substance. If you plan to indulge, arrange for a sober driver to take you home. Call a taxi, a friend or an Uber. Is it your turn to be the designated driver? Take the role seriously, and do not partake in alcohol or any other drugs. You are saving lives!