After twisting tongues at the four corners east of Perry for nearly 50 years, Moews “Say Maize” Seed Co. has given way to a new ag-services business: Tri-County Ag.

Some of the old buildings have been demolished and others spruced up, and a big investment in new construction has kept the 15-acre corner lot buzzing for most of a year.

With construction nearly done, the retail seed, chemical and fertilizer outlet has been doing business since their soft opening about six weeks ago, according to Sean Schroeder, agronomic specialist at Tri-County Ag. Schroeder shares the duties at the new store with Sarah Van Pelt of Minburn and Josh Hauser of West Des Moines.

“Tri-county Ag aims to give ag growers in this area an independent choice,” said Schroeder. “We’re looking to get more services and products that we can help service them with.”

The ag-services company has been in business for several years under the ownership of Jeff Huitt of Perry and his partners, but this is its first venture into ag retailing.

“We’ve always been around on the farm,” Schroeder said. “It’s just that now we are out here, and somebody is always at this location.”

Van Pelt manages the company’s pet and livestock foods, with a line of Kent Feed for cattle, sheep, goats, rabbits, chickens and horses and Diamond brand pet food for dogs and cats.

“When Whiton Feed burned down, that was a major source for a lot of people for Diamond pet food,” Van Pelt said, “so we kind of took over for Whiton’s and helped to get that out here.”

Agronomic specialists Schroeder and Hauser cater to the needs of the larger growers in the Boone-Dallas-Greene tri-county region.

“On the ag retail side, we’ll supply the growers with their seed, chemicals and fertilizers,” Schroeder said. The company sells Channel seed corn and AgriGold hybrid corn, he said, and soybean growers can find Stine, Channel and Prairie brands. 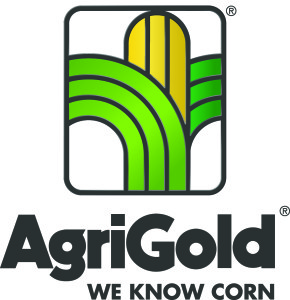 “We’ll be getting into a larger scale this year with the new expansion in this liquid form of anhydrous, which is a safer form,” he said. “So instead of the tanks and the bars, guys will use this as a liquefied form that they can put in with their sprayers as their spray their pre-emergent herbicide.”

Many farmers apply weed killer after planting but before the corn plants crop up.

“Well, they could throw in a load of fertilizer with that, too, or side dress it when the corn’s about this height,” Schroeder said, holding his hand about four feet above the ground. “Another option would be to go through and knife in some with a bar. It’s spoon feeding and giving it what it needs when it wants it.”

New technology is changing the business of agriculture just as quickly for companies like Tri-County Ag as it is for their neighbor to the south of Iowa Highway 141, Van Wall Equipment.

“A big push that we’d really like to get into is technology,” Schroeder said. “We want to be innovators. If something’s new in the industry that can better farmers and keep us moving in a progressive movement, then we kind of want to be the ones that are seen doing it. That way people say, ‘Well, if something new’s come up, maybe Tri-County Ag has already done some work with it.’”

As an example of the company’s forward-looking attitude, Schroeder said Tri-County Ag partnered with Agri-Gold to develop a planter that will change hybrids “on the fly, according to a prescription we wrote on the computer.”

The smart planter responds to a changing environment in real time, he said. “If we get to a low, wet spot in a field, where one hybrid might not do as well as in the dryer parts, we can switch hybrids automatically while driving,” he said. “This is brand new technology that really hasn’t even been available to growers yet, and it’s coming fast. But we like to see ourselves as cutting edge, especially with the corn we sell. We saw an interest and we hopped on it.”

Tri-County Ag will also be an authorized dealer for Thunder Creek fuel trailers, according to Hauser. The Pella-made trailers “are used to fuel up the combine, say, at night or in the morning or to fuel the tractor,” he said. “We have a couple of trailers coming in the next few months. They carry up to 1,000 gallons of fuel plus DEF.”

DEF stands for diesel exhaust fluid, an emission-control additive whose use is mandated by the U.S. Environmental Protection Agency.

“It’s kind of sad to say,” Schroeder said, “but the industry is getting to a place where these things are sold, and then they kind of sit by until later in the year, when they come out and want to sell them again. We want to be known as the guys that sell it and that are going to come out and make sure the cops look good, and if we need to address something, we will.”

“We have the scouting program and others that we’ll be implementing and that growers can take part in,” Schroeder said. “We’re here so that growers can sleep at night knowing their corn’s being looked after, that decisions are being made when they need to be made and that they have people in place so that if they have questions, we will answer them.”

The changes in the old Moews plant — as in the seed corn industry as a whole — have been big and fast.

“It’s going so fast that I don’t know what all,” said Don Ruggle of Perry, 41-year employee of Moews Seed Co. “It’s unbelievable. Science and technology and everything else, it’s just going faster and faster.”

Ruggle said the Moews plant in Perry was a seed processor for many years, “but the business has changed so much over the years. We used to contract with farmers and grow seed, but that ended in 2002, and we’ve just been a warehouse and distribution center. We still are a little bit.”

He said where once there were numerous small, regional seed corn companies, now only a fraction remain.

Ruggle said Moews now rents some space in the warehouse it formerly owned from the new owners of Tri-County Ag. Moews Seed Co. was founded in 1926 by Granville, Ill.-native Ben Moews, who started selling hybrid seed corn after studying at Iowa State University. The company grew rapidly and by 1938 was selling one of the few commercial inbreds not produced by the U.S. Department of Agriculture.

Growth continued after World War II, and by 1946 Moews Seed had expanded its market from Illinois to Iowa, Indiana, Missouri, Nebraska, South Dakota, Minnesota, Wisconsin and Ohio. The company opened its western distribution center in Perry in 1966, which received, dried and shelled seed corn grown by local producers.

Bettina Moews, daughter of the company’s founder, still owns the firm, but it has been subject to the marketplace forces of industrial-scale biotechnology Ruggle described.

“It seems every year we’re adding in new techniques and new practices to squeeze every last bushel out of an acre and to increase profitability through productivity and reach that point where we can maximize what we’re trying to do,” Schroeder said. “We’re so excited with new things that are going on and in the way agriculture is progressing that we want to continue to educate the people that have objections and maybe people that are kind of in the middle, like, ‘Are GMOs really that bad?’ We would love to be the company to sit here and educate against these things and show the beauty of where we are in agriculture and how it’s gotten us where we’re at and where we’re going from here.”