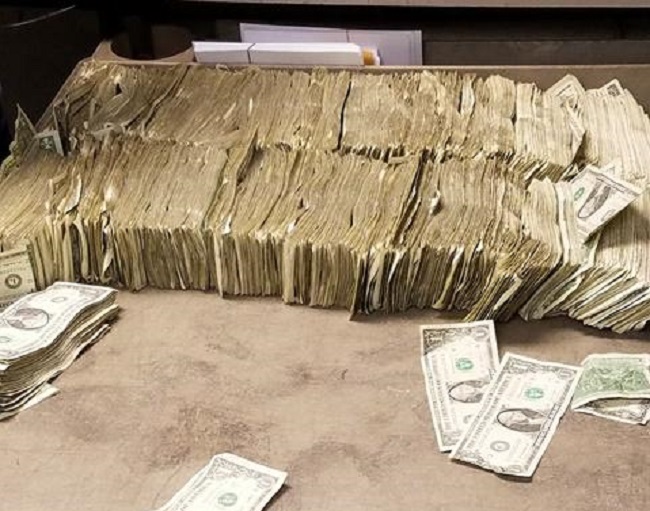 Most of the defendants were arrested Wednesday during the execution of 45 federal search warrants in and around Des Moines. The warrants resulted in the seizure of 37 firearms, three pounds of cocaine, one ounce of methamphetamine, 18 pounds of marijuana, 1.5 ounces of heroin and approximately $50,000 in cash.

The defendants are charged across three criminal indictments and eight criminal complaints
with federal drug or firearms offenses:

“These arrests had a specific target,” Krickbaum said, “those accused of carrying guns, slinging drugs and endangering our community. We look forward to proving these charges in federal court. And we are grateful to our law enforcement partners, who took almost 40
guns and many pounds of drugs off the streets of Des Moines.”

“ATF has no higher priority than investigating violent crime and ensuring that those who
use firearms in furtherance of their criminal activities are held accountable,” Ferguson said. “This investigation demonstrates ATF’s commitment and the commitment of our law enforcement partners to ensure that the Des Moines communities remain a safe place to live, work and raise families. Utilizing firearms to injure or intimidate others cannot be tolerated, and there is no question that Des Moines is safer today because of the hard work, dedication and collaboration of all of the agencies that played a part in this investigation.”

“The size and magnitude of this operation speaks for itself,” Wingert said, “but the most important aspect is the impact it will have on violent crime and the distribution of illegal drugs in our community. This will absolutely move the needle in terms of restoring the safe environment that our citizens deserve and affirms the commitment to use all available resources to preserve this expectation. This was truly a team effort, and we can’t thank our
local, county, state and federal partners enough for their unwavering dedication and commitment to ensuring that our most dangerous criminals are held accountable for selfishly and intentionally compromising the safety and security of the wonderful people that call this region ‘home.’ Our commitment to serve extends beyond jurisdictional lines, and our collective efforts will be ongoing.”

All defendants arrested Nov. 18 have or will soon appear in federal or state court on the charges, which carry maximum penalties of five years to life imprisonment. If convicted, the defendants will receive reasonable sentences under federal sentencing statutes and the advisory U.S. Sentencing Guidelines.

The public is reminded that charges contain only accusations and are not evidence of guilt.
The defendants are presumed innocent and entitled to a fair trial at which the government has the burden of proving guilt beyond a reasonable doubt.

*A criminal charge is merely an accusation, and the defendant is innocent until and unless proven guilty.