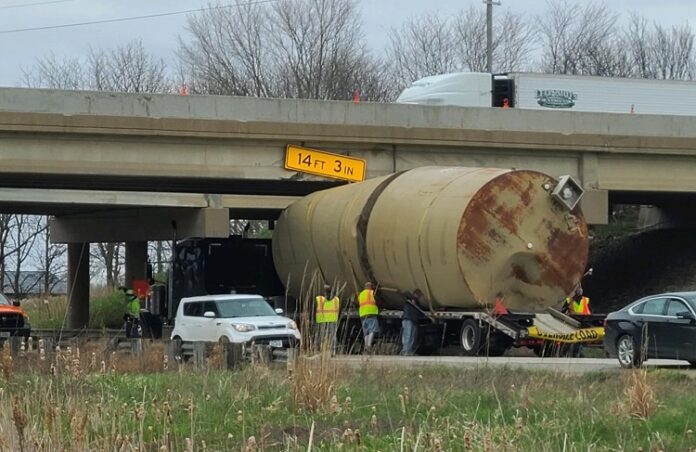 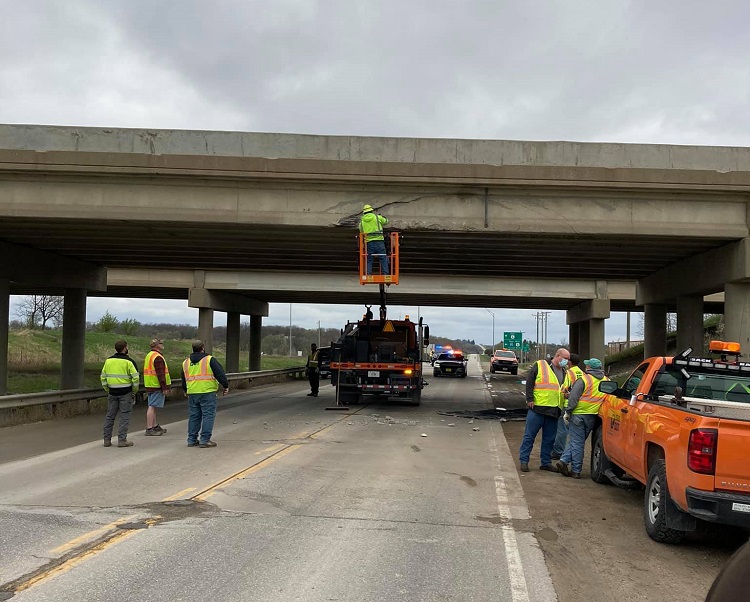 U.S. Highway 169 is closed at the U.S. Interstate 80 interchange at this hour after the overpass was struck and damaged by an oversized load hauled by a semi-tractor trailer about 4 p.m. Friday.

No injuries were reported in the mishap.

The eastbound on ramp to U.S. Interstate 80 is closed along with both lanes of U.S. Highway 169, according to law enforcement radio traffic.

The truck was hauling large tanks that apparently exceeded the posted 14’3″ height limit of the underpass.

The Iowa Department of Transportation is on the scene and working to reopen the roadway, according to De Soto Chief of Police John Sparling.