Fleeting security-camera images of the armed robber of the Casey’s General Store in Dallas Center were released Thursday afternoon, along with a statement by Dallas Center Police Chief Michelle Leonard.

The armed robbery occurred shortly before midnight Wednesday, according to Leonard.

The gun-wielding robber fled on foot after holding the store clerks at gunpoint and stealing the contents of the cash registers and cigarettes.

The man was described as a white male. He was wearing a camouflage shirt, green pants and a black headband and had what appeared to be a green military-style back pack as well as two additional military-style bags, Leonard said.

Leonard said anyone with information helpful to this case should contact the Dallas County Dispatch at 515-993-4567.

Donate to ThePerryNews.com, and keep your finger on the pulse of Dallas County. To get started, simply click the Paypal link below. 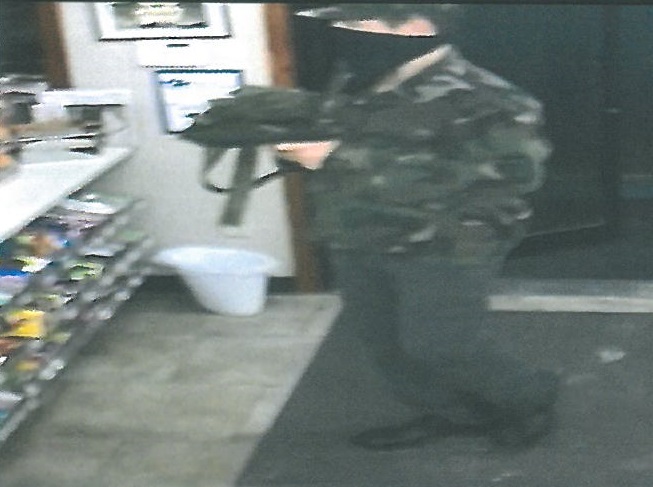