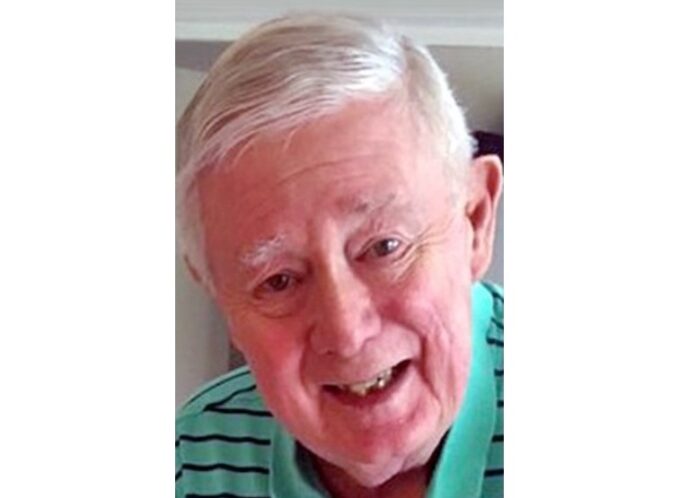 Vince was born May 31, 1939, in Des Moines, Iowa. His parents were Vince and Billy Jean Laurenzo.

While at grade school in Perry, Iowa, Vince met his wife and lifelong partner, Sherrill Mullen. The two married on her birthday in 1960 and spent an amazing life together. Sherrill passed away in Naples on February 25, 2021. Two weeks after her death, he passed away as well, joining her in a better place.

At age 10, Vince began helping his grandfather, an Italian immigrant, run a fruit stand in the old city market in Des Moines and later at his father’s Ford dealership.

After graduating from Notre Dame University, he took a finance position with Ford Motor Co. before leaving to Massey Ferguson (later Varity Corp.), where he would remain for the rest of his career.

Vince was highly accomplished in the business world. During his tenure he was named president and eventually vice chairman, retiring in 1992 at the age of 55. Massey Ferguson provided him wonderful opportunities to travel the globe and introduced him to many interesting people, including UK Prime Minister Margaret Thatcher and Canadian Prime Minister Pierre Trudeau.

But most of all, Vince was a family man. Vince and Sherry raised five wonderful children. They were also grandparents to nine loving grandsons and one great-grandson. Vince loved nothing more than to spend time with his children and grandchildren, playing football on the beach, having a big family meal or talking about world politics.

He had a great sense of humor, with nicknames for everyone. Vince had clear values and did what he believed. In his heart he always knew instinctively what was the right thing to do. He was the rock for our family.

Vince’s funeral will be held alongside that of his wife, Sherry, on March 20 at 1 p.m. at St. Ambrose Cathedral, 607 High St. in Des Moines, with his brother, the Rev. James Laurenzo, officiating. Burial will follow at Glendale Cemetery in Des Moines.

The family will be available to meet guests one hour prior to the service. COVID-19 distancing and masks are required. The service will be live streamed for those who cannot attend, with a link found on the Iles Funeral Home website.

In lieu of flowers, memorial donations may be made to the Alzheimer’s Association. The family of Vince wishes to extend their sincere thanks to caregivers Stephanie, Sophia, Nancy and Lexi for all the assistance, support and love they provided to him during the last few years of his life.