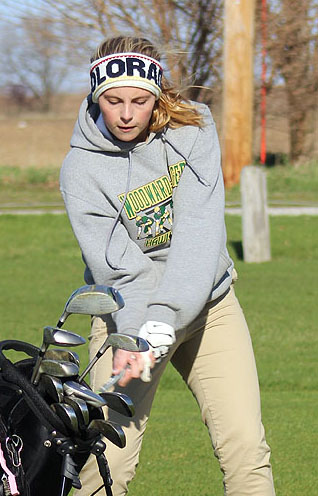 Emily Houston and Casie Labath of Panorama were the meet medalist and medalist runner-up with rounds of 52 and 55, respectively. Adrienne Powell had a 60 and Anna Davis a 64 for the Panthers. Christina Koch (67) and Madi Fear (67) also played for the hosts, but did not have their scores used toward the team total.

W-G was led by rounds of 63 from both Aubrey Mescher and Hannah Nelson while Cierra DeHoet had a 64 and Paige Mescher a 72. The Hawks did not count the round of 80 provided by Kayla Crouse.