HUXLEY — Class 2A No. 8 Woodward-Granger responded to a pair of losses in pool play to win two consecutive matches and place third at the Ballard Tournament Saturday.

W-G (17-6 overall) opened play with an easy 2-0 win over Knoxville, then dropped a 2-0 decision to Class 3A No. 13 North Polk, in a match the Hawk coaches believed their team should have won. A 2-0 loss to 5A No. 8 Johnston followed, sending W-G into the consolation bracket, where a 2-1 win over Greene County and a 2-0 victory against 1A No. 5 Grandview Christian secured third place.

“We had trouble with serve-receive,” Hawk head coach Meg Jackson said. “So much, mentally, goes into serve-receive, so if you start struggling it can just build and go along. It is about confidence as much as anything else. We rarely struggle with serve-receive, and when we started to (struggle) we did not respond well, and we will be working on that for sure.”

“This was a learning moment for us over the weekend,” Jackson said. “We found out there were things we can be better at that, so we will hunker down and work on them all this week.” 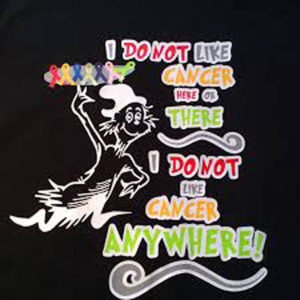 Despite just a 3-2 mark at the tourney, the Hawks played well in several areas, notably above the net, where the team produced 28 blocks. Olivia McCune had nine total blocks, Julie Pitman six, Mary Hansen and Ashley Gales five apiece, Alyssa Bice two and Bree Lesch one.

W-G was fourth in Iowa, and first in 2A, in total ace serves last year and is currently 10th statewide and second in 2A this season with 143 aces through the tourney, during which Hawks servers tallied 30 aces.

W-G will host Madrid Tuesday in the “Mama Said ‘Knock You Out!'” Cancer Awareness match. Those who have, or are, fighting the disease will be honored. Made-to-order omelets will be served in the school cafeteria from 4:30-7:30 p.m. The breakfast/dinner is open to all and will be accepting free will donations.

Additionally, a silent auction will be held, numerous gift baskets will be raffled off and a pledge for ace serves will be offered, with the W-G and Madrid cheer squads performing between the JV and varsity matches. Fans are asked to wear cancer awareness shirts of any color to represent the kind of cancer that has affected themselves or their loved ones.

Cities to trip sirens at 70 mph winds under new policy

Storyteller in residence to grace 11th annual Art on the Prairie