West Des Moines Police Department Officer Shawn Miller, 47, died in the line of duty Wednesday afternoon when the motorcycle he was driving collided with a car on U.S. Highway 169 at the interchange with U.S. Interstate 80 in De Soto.

According to Iowa State Patrol spokesperson Sgt. Nathan Ludwig, Miller was southbound on U.S. Highway 169 when a northbound vehicle driven by Jeanette Keifer, 38, of Stratford, turned left in front of Miller’s oncoming motorcycle.

Miller’s vehicle struck the passenger side of Keifer’s vehicle. Miller was pronounced dead at the scene, according to Ludwig. He said he did not know whether Miller was wearing a helmet. Keifer was not injured.

Miller, a 26-year veteran of the West Des Moines Police Department, was returning from a court hearing at the Dallas County Courthouse in Adel when the accident occurred. 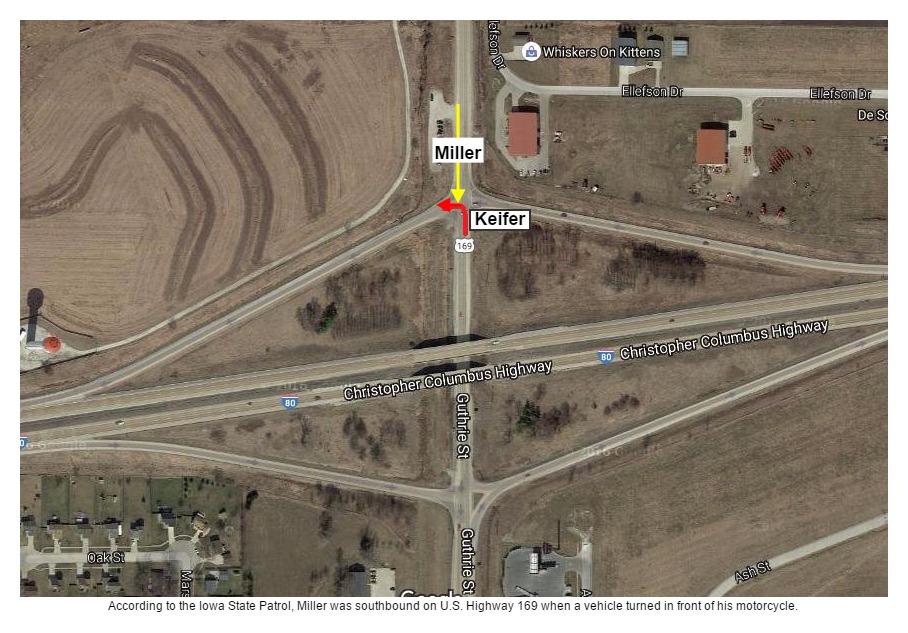