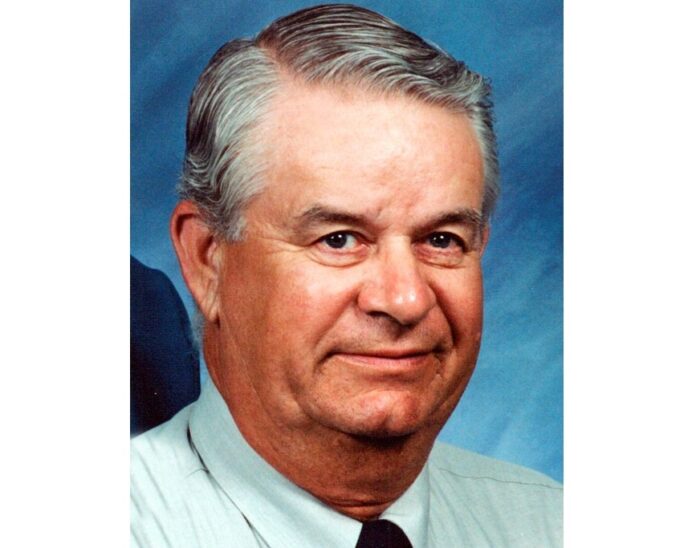 Funeral services will be held Wednesday, Sept. 29 at 10 a.m. at the Minburn United Methodist Church in Minburn. Visitation will be Tuesday, Sept. 28 from 2-7 p.m., with family present from 5-7 p.m. at the Carris Family Funeral Home and Cremation Care in Perry. Burial will be at the Elmwood Cemetery in Minburn.

Everyone is encouraged to wear face coverings and practice social distancing while attending visitation and services.

In lieu of flowers, memorials will be given to the Minburn United Methodist Church or the Washington Township School and may be left at the funeral home. Online condolences may be left at www.carrisfuneralhome.com.

He is survived by his son, Richard, and wife, Mary, and their four children, Jenifair, Beau, Michelle and Matt; his son, William E. Wright, and wife, Mhel, and their two children, Kenneth and J. R.; and his daughter-in-law, Karen Wright, wife of Howard, Bill’s third son, now deceased.

He was preceded in death by his beloved wife, Dorothy; son, Howard; his sister, Betty; and most of his contemporaries.

He was born at home near Mount Ayr, Iowa, on Jan. 14, 1933, son of William K. and Doris May Wright. Eventually they moved to rural Dallas County near the little town of Minburn, when he was in eighth grade.

Bill soon introduced himself to the neighbor girl who lived not a quarter-mile away . . . his future wife, Dorothy West.

Upon graduation he joined the U.S. Air Force but just as he was entering regular service, his father had a massive heart attack. Being the only son of a farmer, Bill was sent home to farm.

Dorothy had migrated to Mesa, Arizona, to care for her mother, and Bill hurried down to ask her to marry him. They were married Jan. 11, 1953, in Mesa.

They returned to Iowa and immediately started a family. A little less than two years later, Bill’s father recovered and was farming again, and so, with one child just shy of a year and another on the way, Bill was drafted.

During his time in the service, he was stationed in Germany and traveled extensively through Europe when he had leave. After the U.S. Army, he returned to his family and farming.

An avid reader, Bill was well-versed in many subjects. His father was a pilot, and he had a lifelong love of aircraft. He attended the Oshkosh air show many times through the decades with his son Bill, another avid flyer.

His interests spanned history, art, music and all things mechanical. He was a professional-grade model builder and had a huge collection of model aircraft, books and albums.

He was also an enthusiastic photographer and traveler, all interests which he shared with his children. Richard went into art, and William became a pilot and eventually started building aircraft in the Philippines. Howard was a born farmer and was instrumental in growing the farm until his untimely passing 20 years ago.

Bill was also very involved in the community. A member of the United Methodist Church in Minburn, he also served on multiple boards and was active in local groups interested in improving and maintaining his community. He was active with the American Legion and helped in putting up the flags at Elmwood Cemetery every Memorial Day.

A man of many talents, Bill shared those freely. His children’s lives were enriched by knowledge and love and tolerance. When he passed, it was as if a library had burned down. Truly a soul of rare merit, he will be sorely missed.