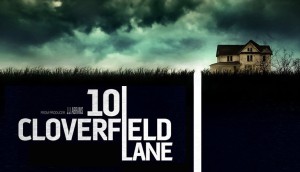 The thriller “10 Cloverfield Lane” is a sequel to 2008’s “Cloverfield.” To say it is a sequel, however, is fairly misleading. It’s best to think of this film as an original story set within the continuity of the first “Cloverfield” film.

“10 Cloverfield Lane” exists within the world introduced in “Cloverfield,” but this film takes place roughly at the same time as the original, with a different cast and setting.

This film begins before the events of the first film take place, and we are introduced to the character Michelle (Mary Elizabeth Winstead) after she has broken up with her fiance. As she leaves her home, she is involved in a car accident. When she awakes, she finds herself in a fallout shelter handcuffed to a pipe.

Michelle is then greeted by Howard (John Goodman), a former soldier and current conspiracy theorist who rescued her after the accident and brought her down to his doomsday shelter to save her life. This is due to the events of the first film’s beginning moments after Michelle’s accident. Howard informs her that the world has ended, and he is keeping her and his neighbor, Emmett (John Gallagher Jr.), safe.

From there the film becomes a marvelous execution of misdirection. Howard’s bunker seems to be a place of stability, function and preparation. It is laced with elements of Howard’s humanity and gives us insight into who we think he is. Eventually, we see that Howard isn’t all that he seems. Goodman puts on one of his best performances in his portrayal of Howard.

He is prone to bursts of aggression and anger, pounding his fists on the table with menacing authority while verbally berating Emmett whenever he gets the chance. Goodman balances that out with moments of humility and expressions of remorse and loss that can’t help but make Howard endearing. It is this dedication to the role that makes Goodman’s performance immensely captivating.

That said, Howard’s complexity only makes him more suspicious to Emmett and Michelle, who begin to dig deeper into the narrative that Howard has presented them. Gallagher and Winstead greatly compliment Goodman’s performance, especially Winstead. She plays the role of a woman caught in a paradox very well.

Winstead’s Michelle is trapped in a real life Schrodinger’s Cat Paradox where the world is simultaneously destroyed and unharmed. She wants to believe the world is fine, but eventually circumstances show Howard to be correct. What makes this reality hard for Michelle to accept is Howard. He continually gives her motivation to escape, even with the acknowledgement that the world is doomed.

The cinematography encapsulates everything about the film. The shots are tight, predominantly focusing on the faces of the actors. This film feels claustrophobic and enclosed. Space is at a premium for the characters, and the director Dan Trachtenberg does a fantastic job making the audience as aware of the lack of space as the characters in the film.

Use of sound is especially well done, but some cheap jump scares were used. The story as it is told is creepy enough, and the film could have been just as effective without them. “10 Cloverfield Lane” isn’t a scary movie per se, but it is a thriller that will keep you trying to solve its many puzzles.

Ultimately, “10 Cloverfield Lane” is a thrilling film that tells a story that keeps the audience guessing from beginning to end. The acting is great, and the story is small but concise, which is ever more appropriate considering it takes place within a doomsday bunker.

This isn’t a perfect film. It is prone to a few plot holes, but it was a very enjoyable experience. Winstead proves to be very powerful in the lead role, and Goodman gives one of his best performances of his career. He might be the scariest monster in a film set against the backdrop of an alien invasion.